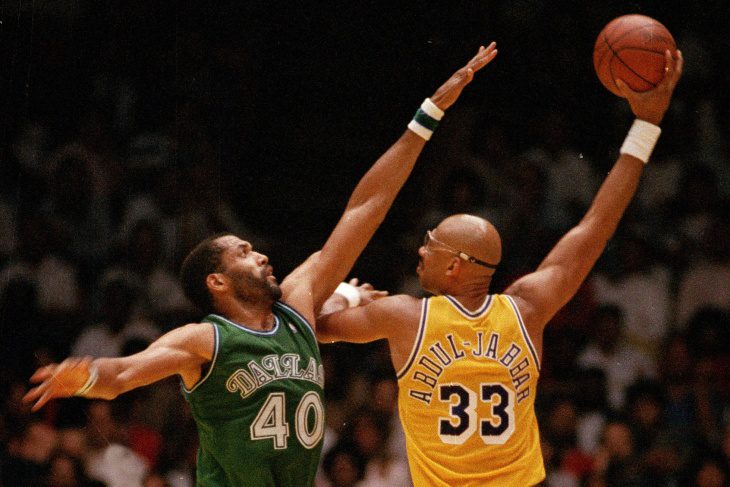 Before Kareem Abdul-Jabbar joined the writers room for film noir show Veronica Mars, he was, in fact, a legendary basketball player — remember? But now he’s auctioning off the memorabilia from that part of his life, with a significant portion of the proceeds going to charity.

The  opens in a new windowtreasure trove of more than 400 items includes game-won and game-worn items from throughout his 20-year career. He’s used some of the wealth he’s accumulated as a celebrity to collect items that fascinate him, and now he wants to give collectors and fans who buy these items a bit of what he gets from his own unique collections.

“I hope people get the same feeling that I get when I collect American West memorabilia or Eastern rugs, a sense of experiencing and belonging to a unique time in history when something spectacular happened,” Abdul-Jabbar told LAist via email, echoing  opens in a new windowwhat he wrote in a blog post. 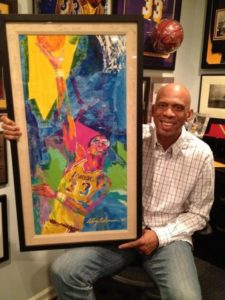 Parting with these possessions hasn’t been completely easy — Abdul-Jabbar said that the hardest item to part with was a painting  opens in a new windowby artist LeRoy Neiman that shows him in the middle of performing his legendary “skyhook” shot.

“I love the painting itself because the geometric shapes of bright colors behind me give the impression of motion, yet the actual painting of me looks so calm and focused on the shot as if the ball going in wasn’t even in question,” Abdul-Jabbar said. “What gives it special sentimental value is the fact that it was a gift from the Lakers when I broke Wilt Chamberlain’s overall scoring record in 1984.”

Read the full article at opens in a new windowLAist.com