Op-Ed: Don’t understand the protests? What you’re seeing is people pushed to the edge 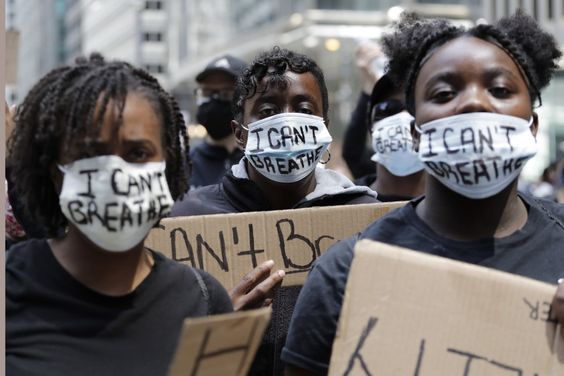 What was your first reaction when you saw the video of the white cop kneeling on George Floyd’s neck while Floyd croaked, “I can’t breathe”?

If you’re white, you probably muttered a horrified, “Oh, my God” while shaking your head at the cruel injustice. If you’re black, you probably leapt to your feet, cursed, maybe threw something (certainly wanted to throw something), while shouting, “Not @#$%! again!” Then you remember the two white vigilantes accused of murdering Ahmaud Arbery as he jogged through their neighborhood in February, and how if it wasn’t for that video emerging a few weeks ago, they would have gotten away with it. And how those Minneapolis cops claimed Floyd was resisting arrest but a store’s video showed he wasn’t. And how the cop on Floyd’s neck wasn’t an enraged redneck stereotype, but a sworn officer who looked calm and entitled and devoid of pity: the banality of evil incarnate.

Maybe you also are thinking about the Karen in Central Park who called 911 claiming the black man who asked her to put a leash on her dog was threatening her. Or the black Yale University grad student napping in the common room of her dorm who was reported by a white student. Because you realize it’s not just a supposed “black criminal” who is targeted, it’s the whole spectrum of black faces from Yonkers to Yale.

You start to wonder if it should be all black people who wear body cams, not the cops.

What do you see when you see angry black protesters amassing outside police stations with raised fists? If you’re white, you may be thinking, “They certainly aren’t social distancing.” Then you notice the black faces looting Target and you think, “Well, that just hurts their cause.” Then you see the police station on fire and you wag a finger saying, “That’s putting the cause backward.”

You’re not wrong — but you’re not right, either. The black community is used to the institutional racism inherent in education, the justice system and jobs. And even though we do all the conventional things to raise public and political awareness — write articulate and insightful pieces in the Atlantic, explain the continued devastation on CNN, support candidates who promise change — the needle hardly budges.

Read full article at opens in a new windowlatimes.com