The Hollywood Reporter: Midterm Election Lessons and How Trump Killed the Magic of the Political Movie 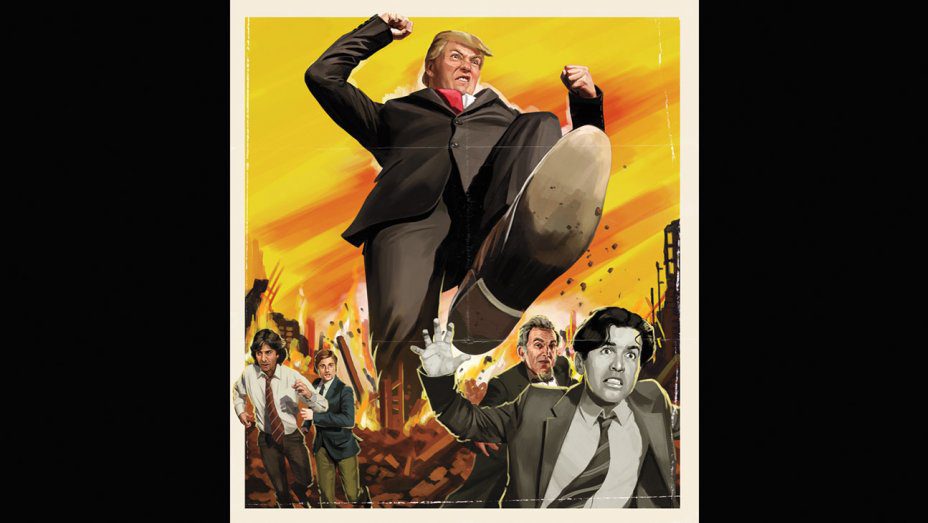 Historic gains aside, the Nov. 6 results show that the meaning behind classic films of yesteryear, such as ‘Mr. Smith Goes to Washington,’ ‘All the President’s Men’ and even ‘Lincoln,’ don’t have a place in the current climate.

Most Americans’ understanding of politics doesn’t come from high school social studies classes but from Hollywood movies and television dramas, which is about as useful as learning about dating from watching  opens in a new windowBachelor in Paradise. In both cases, the oversimplification and romanticizing of the process has led us to where we are today: some voters blindly supporting candidates who betray every principle they say they are for, and a generation of young people paralyzed by gilded relationship expectations.

The optimistic lesson propagated by Hollywood political movies is that the American people always eventually sort the wheat of sincerity from the chaff of duplicity due to some innate BS detector. However, despite some significant and  opens in a new windowhistory-making gains in the midterm elections, there is overwhelming evidence from the Nov.  6 election results that we now have to abandon the soothing fairy-tale notion that we are striving to fulfill the democratic promise of our Founding Fathers and face the harsh reality that ignorance, greed and cowardice are still winning the day. And by winning the day, I mean defining our values and shaping our future as a nation. Mr. Smith may go to Washington, but once he’s there he gets atomic-wedgied in the Senate restroom and lied about on Fox News.

Paranoia is the main ingredient of our classic movies set in the dubious world of politics. They are mostly cautionary tales about the inevitable abuse of power by politicians, which is only appropriate since the United States was born as a reaction to the abuse of power. As writer Thomas Charlton was first attributed with saying in 1809, “The price of liberty is eternal vigilance.” And our political movies portray Americans as not just eternally vigilant but eternally triumphant. Our celluloid/digital fantasies are generally hopeful about the wisdom of the common people to eventually see through the manipulators, oligarchs, con artists and abusers and retake command whenever the ship of state founders.

Read full article on opens in a new windowTheHollywoodReporter.com