How do I feel seeing my NBA records get broken? Elated and inspired 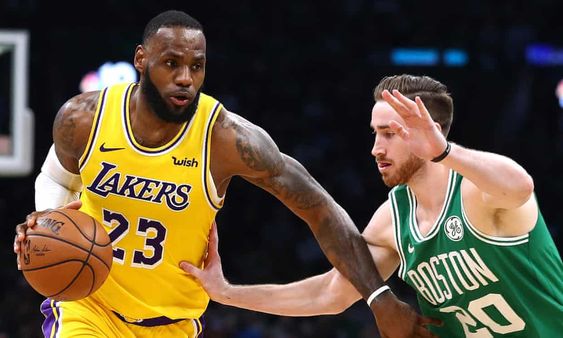 As the NBA’s all-time leading scorer, I want to see my records broken as doing so is one more benchmark of human progress

Every time I’m introduced in a public setting, my list of NBA records is announced. There aren’t as many now as there were when I retired, so at least my introduction takes less time. But whenever someone closes in on one of my remaining records, especially the Moby-Dick as the all-time leading scorer, I’m asked by dozens of media people whether I think they can do it and how I’ll feel if they do. It’s as if people think I’m sitting home watching the games chanting: Miss! Miss! Miss!Actually, when I see these talented veteran players’ remarkable athleticism while shooting, blocking and rebounding, I’m cheering them on with “Go, man, go!” which also is the title of a 1954 movie about the Harlem Globetrotters that first inspired my interest in basketball. I want them to break my records because doing so is one more benchmark of human progress.

Last week LeBron James passed Michael Jordan for fourth on the NBA’s all-time scoring list. That places him fourth – right behind Kobe Bryant, Karl Malone and me. Of course, I was bombarded with requests for my reaction, which I expressed in my Instagram message to LeBron: “Hey LeBron, I just wanted to congratulate you on your most recent accomplishment, passing Michael Jordan. I know he was your hero, and how much it means to you to pass someone that you admired your whole life. The same thing happened to me, back in 1984, when I was able to pass Wilt [Chamberlain]’s record, someone that I had admired when I was a kid. So I know what that means to you, and it’s a very special day, so congratulations for that. Everybody’s asking me how I’m going to react if you pass my record. Only thing I have to say is, if and when that happens, I’ll be glad that it’s somebody that has shown as much class and caring as you have. All the best and enjoy.”

These vigorous arguments and speculations about sports records aren’t just about statistics for fans in sports bars to chatter about over beer and pizza. Breaking athletic records is important to a society because every time we extend a jump by half an inch or shave a race by a tenth of a second, we’re pushing the boundaries of what we think the human body is capable of. Each time an athlete demonstrates that a person is capable of more than we thought, they have inspired all of humanity to realize that they are capable of reaching further than they thought possible. Nowhere is that sentiment better expressed than in another of my favorite sports movies, Vision Quest, in which a high school wrestler, Louden, tells his co-worker, Elmo, a middle-aged fry cook who lives in a crappy apartment, that he’s considering not showing up for his wrestling match against the undefeated state champion because his girlfriend just dumped him. Louden is surprised to see Elmo has dressed up in a suit and is taking time off work to come to the match. Louden tries to downplay the match, saying it’s no big deal. To which Elmo responds by telling him about the first time he saw Pelé play soccer: “I was in the room here one day … watchin’ the Mexican channel on TV. I don’t know nothin’ about Pelé. I’m watchin’ what this guy can do with a ball and his feet. Next thing I know, he jumps in the air and flips into a somersault and kicks the ball in – upside down and backwards … the goddamn goalie never knew what the fuck hit him. Pelé gets excited and he rips off his jersey and starts running around the stadium waving it around his head. Everybody’s screaming in Spanish. I’m here, sitting alone in my room, and I start crying. That’s right, I start crying. Because another human being, a species that I happen to belong to, could kick a ball, and lift himself, and the rest of us sad-assed human beings, up to a better place to be, if only for a minute … let me tell ya, kid – it was pretty goddamned glorious.” Everyone who’s ever watched as an Olympic gymnast somersaults impossibly high with unimaginable speed and unprecedented control, shares that tingle of stunned elation and burst of pride that a human being can do that. Followed by the realization: maybe there’s more that I can do, too.

Full article at opens in a new windowTheGuardian.com