Django Is Wonderful.But It Shouldn’t Be Up for Best Picture.

By Kareem Abdul-Jabbar for Esquire.com 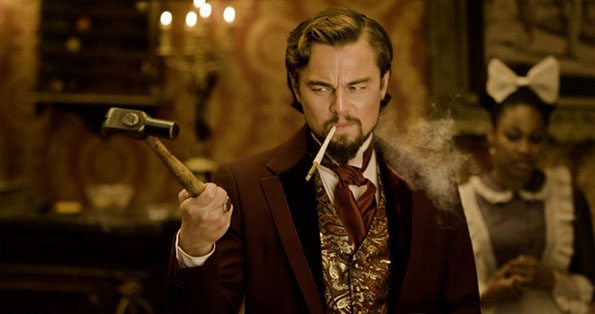 Kareem Abdul-Jabbar: “Basically, Django Unchained is a B movie. A damn fine B movie, but still a B movie.” 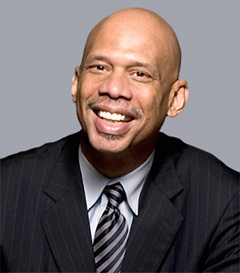 Kareem Abdul-Jabbar: “Basically, Django Unchained is a B movie. A damn fine B movie, but still a B movie.”

Everyone knows the Academy of Motion Picture Arts and Sciences sometimes gets it wrong. The proof is when they overlooked me for my heart-wrenching role as the troubled navigator with a mysterious past in 1980’s Airplane!. Clearly, too subtle for them. Then again in 1985 when I played Fifth-Floor Guardian in Game of Death. Sure, the Third-Floor Guardian got all the laughs, and the Sixth-Floor Guardian got to cry, and the Men’s Room Guardian got tips, but my role was the thematic core of the film. Plus, I’d like to see Don Cheadle or Samuel L. Jackson take on Bruce Lee. They’d have gotten their asses kicked! Which brings me to Django Unchained. And why the Academy of Motion Picture Arts and Sciences got it wrong.

First, let’s get this straight: I liked Django Unchained and have been recommending it to everyone. It’s gritty and lively and filled with entertaining scenes. It zigs when you think it will zag, and, as with all Quentin Tarantino movies, it has flashes of brilliance. The character of Stephen (Samuel L. Jackson), the malevolent house slave who is the real brains behind the plantation, is an inspired creation. His smug compulsion to destroy the innocence and humanity that he has lost but sees in others echoes the best of villains from Harry Lime in The Third Man to John Claggart in Billy Budd. (And Samuel L. Jackson as Stephen? He’s no Fifth-Floor Guardian, but he deserves an Oscar. As do Jamie Fox, Christoph Waltz, and Kerry Washington.)

But should Django have been nominated by the Academy for Best Picture and Best Original Screenplay Oscars? No. Not unless the Academy starts new categories such as Most Entertaining Movie or Best Kick-Ass Movie or Movie I Most Wish I Was In. Until then, the Academy members have a responsibility to promote films that demonstrate the highest quality on both a technical and literary level.

According to AMPAS’s website, their 6,000 members “reward the previous year’s greatest cinema achievements.” But most people see the awards as an effort at blatant self-promotion in order to shake a few more bucks out of the public’s wary pockets (especially since the suspicious 2009 decision to increase from five to ten possible nominations for Best Motion Picture). Nothing wrong with commerce being part of the motive. It just shouldn’t be the main motive.

Movies are probably the most powerful and popular art medium in the world. Yet many people don’t take them seriously as an art form. Not like they do with books and theater. Films are treated as the class clown of the arts. Sure, there are exceptions with individual films (such as Silver Lining Playbook). It’s not that plays or books are fundamentally better. They have their pulp works (Fifty Shades of Grey). But the awards given to those two genres take the works seriously, mostly nominating based on content over popularity. The Pulitzer Prize people take it so seriously that last year they didn’t bestow any award for fiction because they didn’t find one that met their standards. (That was a silly decision, but I dig their philosophy.)

Should the Oscars be any less important than the Pulitzer or the Nobel prizes for the arts? It does a disservice to all movies to nominate films that don’t meet the highest standards of art. Doing so makes films in general less significant and therefore less likely to be treated as art. The Academy should take a tip from the Pulitzer and Nobel people and restrict their nominations to those films that aren’t just technical marvels but also reflect some meaningful insight into the subject matter. Being fun and entertaining and emotionally engaging shouldn’t be enough.

Basically, Django Unchained is a B movie. A damn fine B movie, but still a B movie. That’s not an insult. I’ve been in B movies, many of my favorite films are B movies, and B movies tend to make a lot more money than A movies.

Despite its slavery setting, Django Unchained isn’t an exploration of the subject. It offers no critical insights into the circumstances, no nuances exploring the political realities (as Lincoln does). In the end, slavery is a prop to excite audience emotion and motivate the action. With the exception of Dr. King Schultz (Christoph Waltz) and Stephen, the characters are fairly stereotypical. Pro-slavery characters are grotesque cartoons and those against (mostly the slaves themselves) are admirable and inspiring. And that makes Django melodrama, not literature. It offers no insights, only the most familiar observations.

I have a vast collection of Wild West paraphernalia and have read extensively on the era. My Buffalo Soldiers collection has been on display in museums. I mention this to show that, though I am informed of the history of the time, I’m not a pedantic prig demanding historical accuracy. Otherwise, I’d throw up my hands at the wholly fictitious “Mandingo” fighting that is borrowed from the 1975 blaxploitation film (based on the sex-drenched novel by Kyle Onstott).

I don’t care if Tarantino got the historical details perfect because it’s a B film that is plot-driven and blood-fueled. As with Inglorious Basterds, the historical accuracy isn’t the point. Basterds and Django are basically revenge films: The entire plot structure is built to punish someone who does evil at the beginning of the film. Which is also why Zero Dark Thirty, one of the most suspenseful films I’ve seen in a long time and would highly recommend, is also a revenge-themed B movie.

I confess that sometimes I’d rather see movies like Skyfall and Django Unchained again than some of my beloved A movies. Part of the reason is that the A movies are so powerful that they are seared within me, and seeing them can be an intense and draining experience. The B movie is much more enjoyable and less emotionally and intellectually taxing.

Sometimes a film can be disguised as a B film but actually is an A film, such as The Third Man. But that was written by the literary genius Graham Greene and its insights into the self-justification of evil deeds are as relevant today (think Wall Street and the one percent) as it was in 1949.

The arts have been hardest hit by the Internet. Now anyone can post a movie or a novel or a review. The usual rigorous filtering system of agents and editors that keeps out most of the bad stuff has been overwhelmed, and the results have diluted the standards of art. The villain is pandering.

Some reviewers have abdicated their responsibility by chasing celebrity. Obviously, some craft their reviews with bon mots of praise just so they will be quoted in movie ads (“Steven Seagal makes Daniel Day-Lewis look like a street-corner mime!!!”). The more their name appears in ads, the more famous the reviewer becomes, and soon this sad sellout is happily suckling at the fame teat. And some reviewers fear alienating the younger audience who don’t want to hear any geezer crap said about their favorite films (“That’s so negative, dude.”).

We need gatekeepers to filter out the dross and force artists to become better. We need intelligent and articulate people willing to hold to those cultural standards. And the Academy’s nominations for Best Motion Picture should be such a gatekeeper.

When I recently explained to a friend how my review of Girls had been misinterpreted by several prominent sites, she laughed and said, “Welcome to the Internet culture of TL;DR.” To avoid that same result, I’ve provided handy bullet points for those who skimmed.

• Loved Django Unchained. Everyone should see it.

• It deserves many Oscars, just not for Best Motion Picture.

• We need cultural gatekeepers to promote the best art of our culture and articulate why it’s deserving. The gatekeepers don’t need to agree with each other; in fact, it’s better that they don’t. Allows for more cultural diversity.

For me, Django Unchained is like this season’s Lakers: filled with talent and potential, but never coming together in a cohesive manner. You know they could, because you keep seeing moments of brilliance, and because they have in the past (as Tarantino has with Reservoir Dogs and Pulp Fiction; the Lakers, well, you know). Yet, even if they don’t win a trophy, they are still more entertaining than almost everyone else.