My Personal Story About Chester Himes 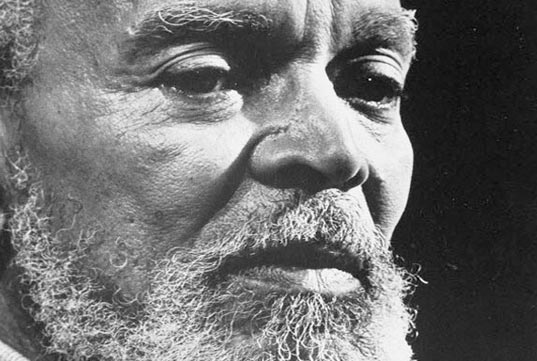 Chester Himes was born during the Harlem Renaissance, but wasn’t strictly a part of it. Yet, his gritty crime novels succeeded in doing what so many writers of the Renaissance set out to do: portray the wide array of Harlem characters beyond stereotypes, convey the harsh realties of Harlem life as well as the joyous aspects, and do so in books that became popular enough among both white and black readers to actually have an impact. His characters reflect different strata of Harlem life: from the respectable preachers, teachers, laborers, and housewives to the underside of Harlem with its con men, gamblers, petty thieves, drug dealers, and exotic dancers.

Part of Himes appeal for me is in his life story: raised in a middle-class home in Ohio, goes to college, gets kicked out for playing a prank, commits armed robbery and is sent to prison for twenty-five years at the age of nineteen.

Reading famed mystery writer Dashiell Hammett (The Maltese Falcon) in prison, Himes taught himself to write and was soon selling his stories to magazines like Esquire. Paroled after seven years, Himes continued writing, publishing various stories and novels (If He Hollers Let Him Go) that addressed racism and its destructive effects on the black community. But it wasn’t until Himes moved to France that his biggest success came.

A French publisher asked him to write a series of hard-boiled detective novels in the tradition of Dashiell Hammett and Raymond Chandler.

What Himes produced was unlike anything ever seen in the genre. His characters, two tough Harlem cops named Coffin Ed Johnson and Grave Digger Jones, were inspired, Himes said, more by William Faulkner’s “ripe violence and absurdist view of life” than by Hammett’s urbane world. This series—which included A Rage in Harlem, The Crazy Kill, Cotton Comes to Harlem, and Blind Man with a Pistol—made Himes famous and brought him literary awards in France. In America, the books were regarded as mere pulp fiction, though today he is regarded as an influential literary author, whose work had a great impact on subsequent black writers, including Ishmael Reed and Walter Mosely. Several movies have been made from this series, the most famous being Cotton Comes to Harlem (1970). While I appreciate Himes’ recreation of Harlem life, I also enjoy his absurdist humor and vivid action scenes, complete with shootouts and chases and fights. Himes obviously loves Harlem and his stories are a tribute to the diversity of black life.