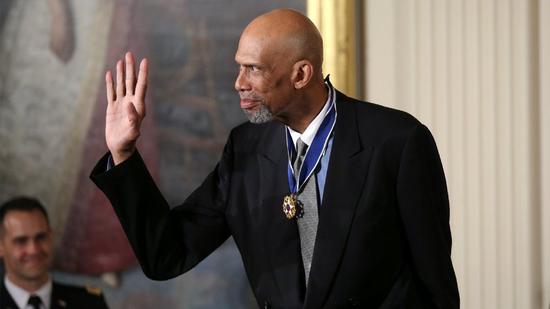 Pulitzer Prize-winning novelist Jane Smiley and basketball legend-turned-author Kareem Abdul-Jabbar will be among the featured guests at the annual opens in a new windowWriter’s Symposium by the Sea at Point Loma Nazarene University in February.

The lineup also includes Krista Tippett, author of the best seller “Becoming Wise” and Peabody Award-winning host of the public radio show/podcast “On Being,” and Deepak Chopra, the New Age celebrity and alternative-medicine advocate who has written more than 60 books.

Dean Nelson, director of the journalism program at Point Loma Nazarene and founder of the symposium, called this “the biggest ever” in the event’s 23-year history. Instead of the usual three days it will span five, from Feb. 19 to 23.

“In the beginning it was just this idea to bring in some great writers to try to inspire our students,” Nelson said. “Now it’s grown into this citywide and even regionwide thing where writers or their representatives are contacting us, asking if they can be included.”

The author events are done in a question-and-answer format with Nelson as the interviewer. He landed on that approach in the first year by circumstance, not design, after crime novelist Joseph Wambaugh turned down his request to speak at the university but said he’d come and answer questions.

Nelson spends months preparing for the interviews by reading all of the authors’ works chronologically. “That’s one of the things that makes it fun, to see their evolution as writers,” he said.

Among his most memorable interviews is one with the late Ray Bradbury. “Within the first five minutes I just lost control of the interview and he hijacked it,” Nelson said. “He ranted, he raved, he was hilarious and I was the most irrelevant guy on stage. But it was maybe my best interview ever.”

opens in a new windowTickets are available through the Point Loma Nazarene website at pointloma.edu/events/writers-symposium-sea. General admission prices vary, depending on the event, from $5 to $28.