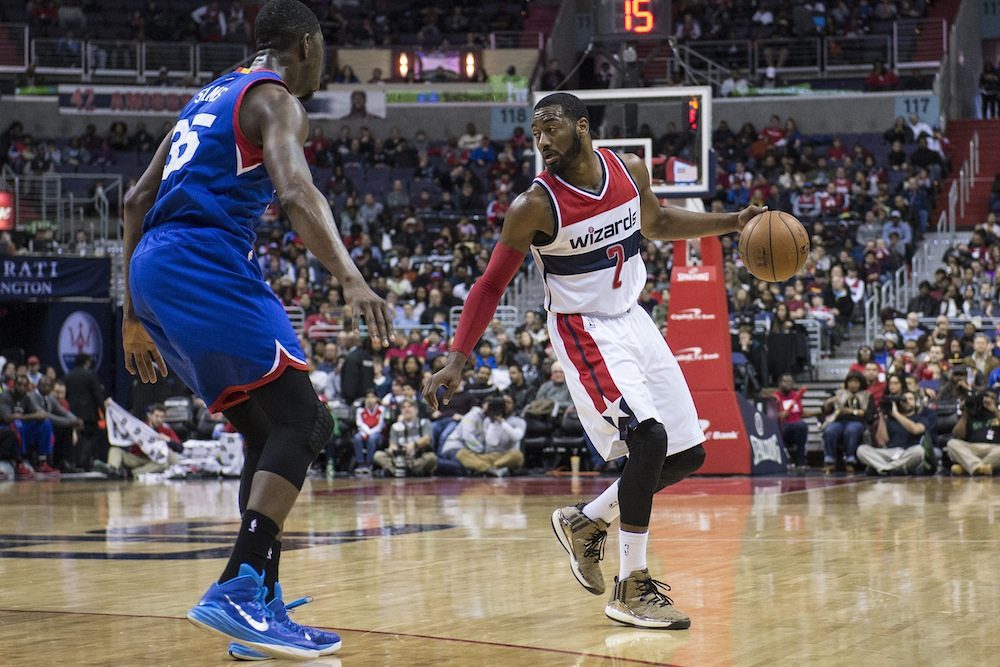 [pullquote cite=”Kareem Abdul-Jabbar” type=”left”]”Its great to see the younger generation acknowledge and honor Black History Month on the court. I am very happy to be a part of this Adidas campaign, and the shoes are pretty cool too!”[/pullquote]
John Wall has debuted custom Adidas sneakers designed to commemorate Black History Month. Fittingly, he wore the shoes on Martin Luther King, Jr. Day during the Wizards’ win over the 76ers.

When asked about his footwear before the game, Wall said, “To have you own shoe — it’s amazing. But to have one that can represent Martin Luther King Day and Black History Month — it’s a big honor. For a lot of people in this world, like I said, [King] paved the way for a lot of us and it’s a humbling experience.”

According to  opens in a new windowDime Mag, the J Wall 1 sneakers are part of Adidas’s Black History Month collection in collaboration with Kareem Abdul-Jabbar. Take a look at Wall wearing the shoes in action.

The six-time champion and NBA all-time leading scorer is a role model not only for his contributions to the game, but also for his scholarship on black history. Since retiring, he became a best-selling author and was appointed as a cultural ambassador for the United States by Secretary of State Hilary Clinton.

The Adidas “BHM” collection includes the signature shoes of John Wall, Derrick Rose and Damien Lillard, each in sepia colors overlaid with a different Abdul-Jabbar quote.

Representing Abdul-Jabbar’s college days at UCLA, the J Wall 1 design bears the words “Rules are what make the game challenging” printed in black lettering on the shoe’s upper and sock liner.

The quote refers to a rule change that outlawed dunking in an effort to curb Abdul-Jabbar’s dominance of the college game. He still managed to lead the Bruins to three national championships during his UCLA career.

Fans can buy a pair of their own as soon as January 30. A portion of the proceeds from all “BHM” shoes sold will benefit Abdul-Jabbar’s Sky Hook Foundation, which does educational outreach programs for disadvantaged youth.