My Personal Story About “Wild Bill” 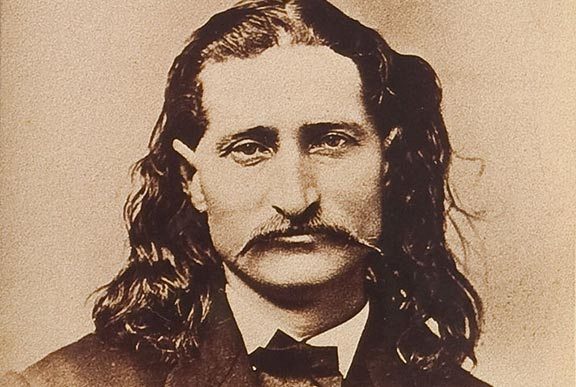 Most people think of Hickok as a steely-eyed gunfighter – or the guy shot in the back of the head while playing poker (his hand, a pair of aces and a pair of eights, is known as “dead man’s hand”). But the real Hickok was much more interesting and inspiring. His legendary shooting skills were acquired while protecting his family’s Illinois farm from anti-abolitionists. The farm was part of the Underground Railroad that hid runaway slaves. Hickok, like his family, abhorred slavery and was an outspoken advocate of equal rights during a time when such a position was widely unpopular. I’ve always admired him because of the courage he showed, not in facing armed men in shootouts, but in being a white man who was openly outspoken about civil rights at a time when it was dangerous to be so. I hope someday that his brave defense of black Americans will be more of his legacy than his skills as a gunman.