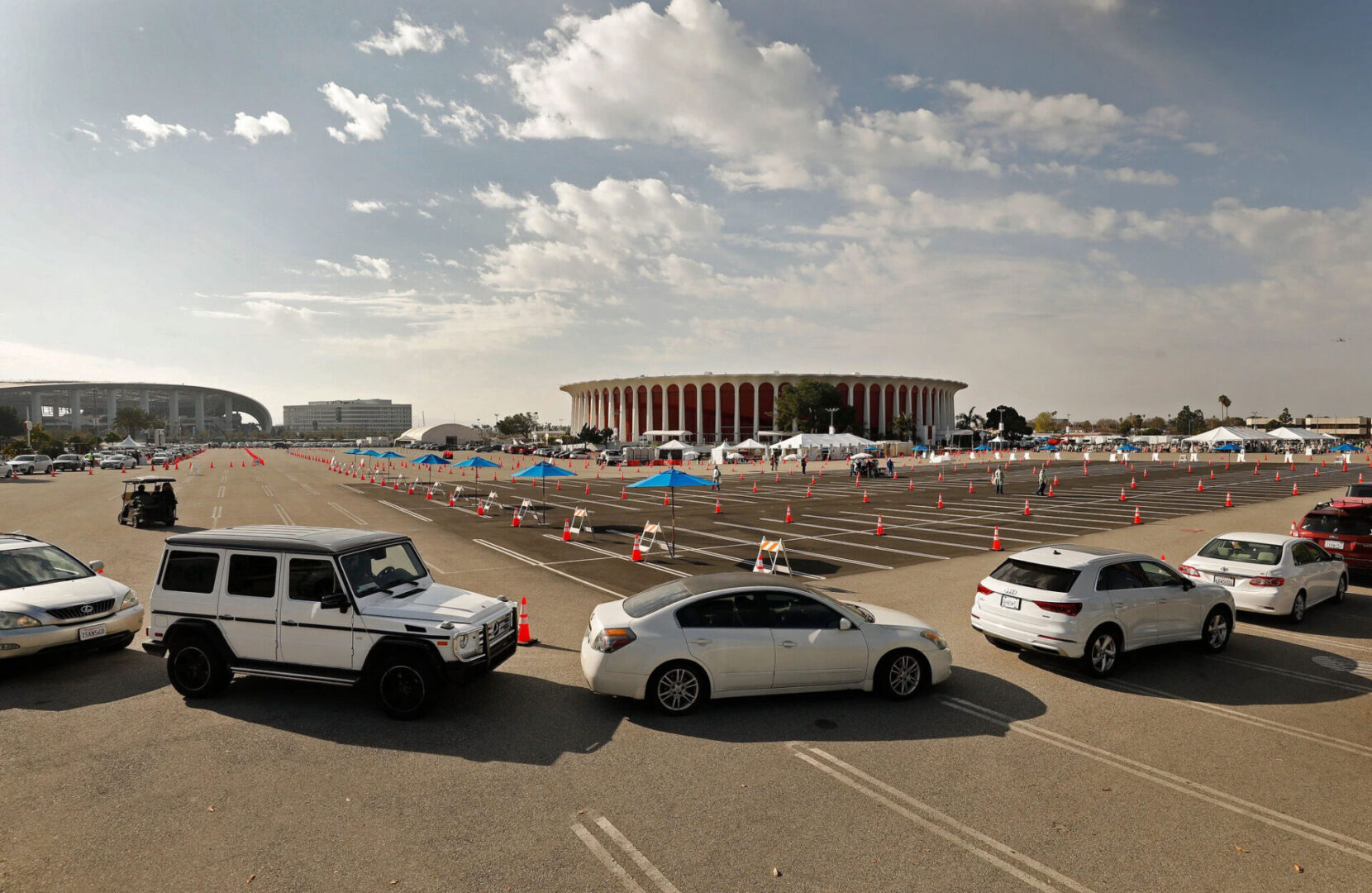 Like other celebrities, basketball stars can help build trust in taking the shot.

Mr. Abdul-Jabbar is an author, the N.B.A.’s all-time leading scorer and a recipient of the Presidential Medal of Freedom.

Last month, Arnold Schwarzenegger and I separately got our first Covid-19 vaccinations on camera, with the hope that we would encourage people who were fearful of the vaccines to reconsider. We are both 73 years old (though I clearly look much younger) and have underlying health conditions, so we didn’t use our celebrity status to jump lines.

One difference was that my vaccination was filmed as a public service announcement and his was recorded as he sat patiently in his car in a long line at Dodger Stadium along with hundreds of others. Another difference: He had a cool zinger after getting his shot. He squinted at the camera and growled a catchphrase from “Terminator 2: Judgment Day”: “Come with me if you want to live.” Best use yet of a catchphrase.

I’d bet that those few seconds of film from both of us will do more to persuade certain people to get vaccinated than months of experts, charts, statistics and studies. It shouldn’t be that way, but it is. Which is one reason the National Basketball Association is focused on getting its players vaccinated as soon as possible. It’s also why I agree some of them should be.

I’m used to some perks that come with fame. Getting good seats at restaurants. Going to movie premieres. Swag bags at fancy events. Of course, that’s all gone now during the pandemic. As with everyone else, it’s sweatpants and takeout for me. The only swag bag is the poop bag when my manager brings her dog around.

Actually, I’ve never felt comfortable with preferential treatment, though sometimes it’s the only way I can get a table with enough legroom or avoid having to greet dozens of fans when I’m in a real hurry to get to the men’s room. While I appreciate the fans, my bursting bladder does not.

Which is why any suggestion to speed up the process of inoculating N.B.A. players is a tricky social, economic and political proposal. I don’t agree with Charles Barkley that professional athletes “deserve some preferential treatment” because of how “much taxes these players pay.” That argument suggests that the lives of those who make more money (and presumably pay more taxes) are somehow more valuable than the nurses, police officers, emergency medical workers, grocery clerks and others risking their lives daily.

This is, of course, untrue. N.B.A. players don’t deserve to move to the front of the line because they are rich or because the country needs basketball during these isolating times. It’s not a matter of deserving as much as a way to get to herd immunity faster.

Experts agree that we can mitigate the threat of Covid-19 by wearing masks, washing our hands, and maintaining social distance. But the only way to eradicate the threat and return society to some semblance of normality is through mass inoculation.

But certain pockets of the population are skeptical of the vaccines, and unless we pass a federal vaccination mandate (which would present its own problems), we will have to do everything we can to convince them that the vaccines are safe and that getting vaccinated as soon as possible is in the best interest of themselves, their loved ones and the country.

Among the groups that are reluctant to be vaccinated: African-Americans and adults under age 35. Other groups have increasingly embraced the idea of being vaccinated. Those 65 or older willing to get the shots increased to 87 percent in January from 60 percent in October, those 50 to 64 are up to 69 percent from 48 percent, and those 35 to 49 rose to 58 percent from 48 percent. However, those under 35 have stayed level at 55 percent, and only 62 percent of African-American adults said they are willing to get a vaccination.

The Black community has some valid reasons to be skeptical, especially of a federal government program.

A 2005 National Academy of Medicine report concluded that “racial and ethnic minorities receive lower-quality health care than white people — even when insurance status, income, age, and severity of conditions are comparable.” It found that systemic racism, not poverty, led to Black people from across the economic spectrum receiving less appropriate care for cardiac issues, kidney dialysis and transplants, and not receiving the best treatments for stroke, cancer and AIDS.

Plus, the Black community has not forgotten the Tuskegee study of Black men with syphilis, in which the doctors secretly did not treat the infected, or the forced sterilization of thousands of Native American women; both programs were active into the 1970s.

Black people have reason to distrust the federal government’s response to Covid-19 specifically: The Trump administration lied about the severity of the pandemic even as it was killing Black people at a significantly higher rate than white people.

Add to that the recent full-court press by Republicans to suppress voting by Black people, the numerous killings of unarmed Black people by police, and elected officials’ encouragement of white supremacists to invade our Capitol.

All this has left Black people feeling neglected and attacked, and not in a trusting mood of institutions, including the medical profession and government agencies. Reed Tuckson, a co-founder of the Black Coalition Against Covid, said it’s important that those “who have been carrying the message have been trusted intermediaries.” Further harming the effort is the Nation of Islam’s Louis Farrakhan telling African-Americans that the vaccines are poisons designed by white people to rid the world of Black people.

That is why we can waste no time promoting legitimate role models. This is where N.B.A. players come in.

In 1956, Elvis Presley received his polio vaccine on television, launching a highly effective vaccination campaign that by 1960 had reduced annual occurrences of polio by 90 percent. Health policy professionals suggest that public health campaigns using celebrities should focus on celebrities who are influential in particular communities in order to build trust.

N.B.A. players, 81.1 percent of whom are Black, appeal to the under-35 and African-American demographics. LeBron James, whom Forbes called “America’s most popular athlete,” has 72.6 million Instagram followers, and Steph Curry has 30.4 million (compared with Tom Brady’s 8.2 million), so when they and other influential N.B.A. athletes publicly get their shots, they will contribute to convincing Black and under-35 skeptics that the vaccines are safe and necessary. Other role models might be necessary to reach other populations that are reluctant to get vaccinated, like opens in a new windowthose in rural areas of the country.

Of course, I would like to see the N.B.A. season in full swing, with all the players safely inoculated, but not at the expense of those whose lives are in immediate danger. The exception: those receiving the shots as part of a sustained campaign to bring vaccination awareness to communities most in need of persuasion. Public celebrity inoculation is a proven and reasonable step in moving the nation toward herd immunity, opening businesses, and finally hugging our loved ones.

Kareem Abdul-Jabbar is an author, a screenwriter, an activist, a six-time N.B.A. most valuable player, the N.B.A.’s all-time leading scorer and a recipient of the Presidential Medal of Freedom.

Kareem Abdul-Jabbar: How ‘The Bachelor’ Went Off the Tracks Dealing With Racism