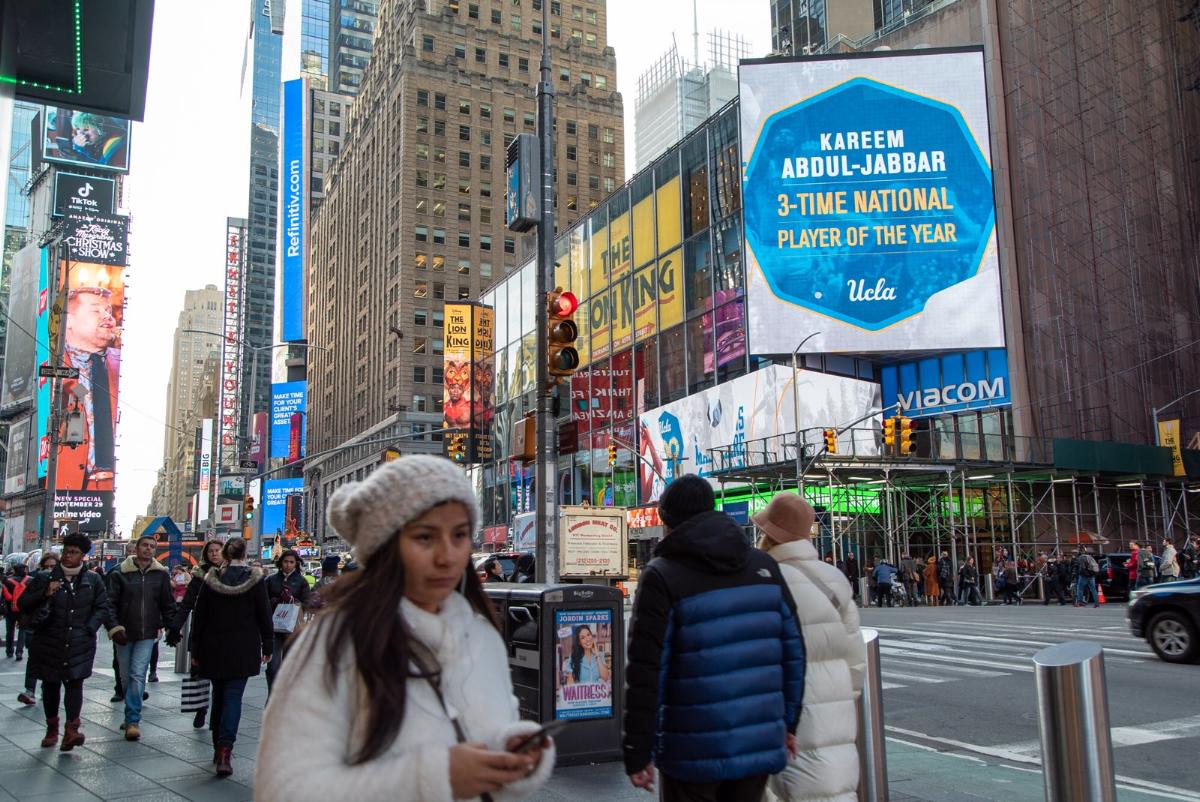 In honor of UCLA’s Centennial year, UCLA Athletics and Under Armour have partnered on an unprecedented marketing campaign that launched last week in New York’s Times Square. The digital billboards will run through December 15 across three digital displays at One Astor Plaza at 45th and Broadway. Two of the displays stand 48 feet tall by 38 feet wide, while the third spans 77.5 feet in width and 17.5 feet in height. [Read More]