Time: Trump and ISIS Depend on Irrationality 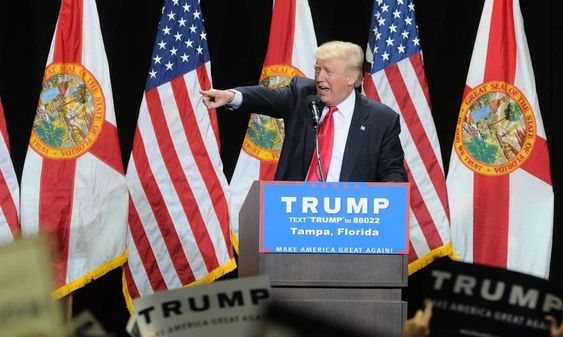 “We are deranged,” laments the narrator of Karl Shapiro’s poem “ opens in a new windowAuto Wreckopens PDF file ” as he stands with other rattled witnesses beside a bloody car accident. “Our throats were tight as tourniquets,/Our feet were bound with splints.” That’s how most Americans feel following the mass shooting at an Orlando nightclub. We are deranged, the walking wounded—collateral damage of such brutal attacks, shuffling through our days looking for rational explanations and desperate solutions.

That’s why it came almost as a relief when the shooter declared his connection to ISIS. Now we had a name for our enemy, a target of actual villains to fire our rage at. The rants and fist-shaking began. ISIS blah blah blah. Muslims blah blah blah.

ISIS is indeed an enemy—to America, to Muslims, to the world—one that should be destroyed as quickly as possible. But we have to identify all the enemies we must fight, not just the easily targeted one that meets our need for vengeance. The satisfaction at identifying a concrete and familiar enemy allows us to be distracted from the damage being done to this country by those who also bear considerable guilt. Politicians profiting off hindering legislation to ban assault weapons are also villains here, AS are those who would exploit this tragedy for personal gain.