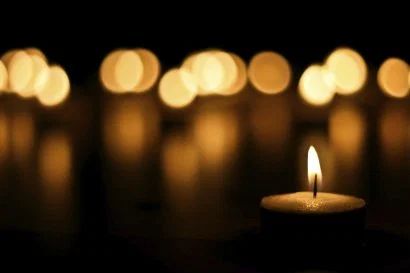 Although I am Muslim, I have a deep affection and respect for Christmas. Affection because I was raised Catholic and the holiday season is a nostalgic hug as comforting as a warm crackling fire and hot apple cider. Respect because praising the significance of the birth of Jesus is an important part of the Muslim faith. The Quran, Islam’s holy book, reveres Jesus as a great messenger of God, describes his virgin birth, and acknowledges the miracles he performed: “I have come to you with a sign from your Lord. I make for you the shape of a bird out of clay, I breathe into it, and it becomes a bird by God’s permission. I heal the blind from birth and the leper. And I bring the dead to life by God’s permission. And I tell you what you eat and what you store in your houses.” ( opens in a new windowQuran, 3:49).

Christmas time is a wave of good cheer that washes over most people, regardless of their religious affiliations or lack of one. It’s the time when we imagine the best person we could be—and then try to be that person. We hold more doors open for others, let people pull in front of us in traffic, pick up the lunch tab for co-workers. We feel good knowing that such a kind and gentle person lurks within us. And each year we try to coax that lovely person to stay a little longer past the season. Because without that person, baby, it’s cold outside.

However, recent events, from terrorist attacks to police killings of unarmed African Americans, have heightened public awareness that America is in the midst of an identity crisis. On the one hand, Americans see themselves as the great international melting pot that welcomes huddled masses of all religions and ethnic backgrounds. On the other hand, they’re terrified that too much diversity mixed in the pot will dilute our white Christian majority. The resulting American stew might be a little darker in appearance and a little less likely to display a nativity scene at Christmas. Statistics support this perception: over the last 50 years, the percentage of Christians and Jews in almost every denomination have decreased while the number of Muslims has increased to make Islam the  opens in a new windowthird-largest religion in the U.S. At the same time, the number of non-religious people has increased to about  opens in a new window23%.