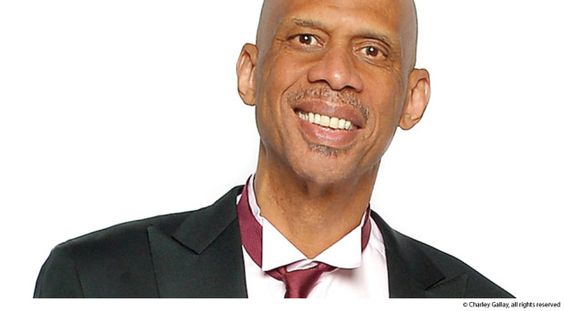 I played professional basketball for 20 years, from 1969 to 1989, which means I’ve been retired for 25 years. Technically, I’ve been retired for longer than I’ve worked. But in those 25 years of “retirement,” I’ve experienced more adventures, accomplished more goals, and affected more people in a meaningful way than I did during my sweaty years of fame and glory and breaking records. I cherish those times of intense competition, team camaraderie, and fan appreciation. But those 20 years, which make up less than a third of my lifetime, are only a part of who I am. Since 2011, 10,000 baby boomers a day have turned 65. This will continue every day for the next 16 years. That’s a lot of us seniors roaming around looking for something to do. Especially when you consider that the average length of retirement is 18 years. My retirement years have been the most exciting and rewarding of my life. The main reason I have thrived is that I follow my three rules of retirement.

RULE 1: DON’T THINK OF IT AS RETIREMENT

Retirement is a loaded word. Not good loaded, like a buttery loaded potato for dinner or a loaded shotgun during a zombie apocalypse. But loaded in that it carries a lot of misleading connotations, the most popular of which is that retirement is about the end of something. In other words, it’s loaded with a load of crap.

We’ve allowed the word “retirement” to affect our attitude about the transition from working our butts off chasing career goals to slowing down a bit so we can enjoy the fruits of our labor. It’s similar to selling a house: Just because we move doesn’t mean we’ve retired from living – just from living in that particular house. A new home awaits us in which we will have a new, different life.

When I stopped playing professional basketball, I transitioned into several new roles. I became a coach, a writer, an actor, and an ambassador. Often I did several of these jobs at the same time. Each was a new adventure that stimulated my mind (writing books about history requires lots of research) and sometimes challenged my body (try diving off a 33-foot-high platform as I did on the TV show Splash). Currently, I’ve transitioned my inner couch potato into a job writing articles about popular culture for Esquire.com and the Huffington Post. I get to watch TV shows and movies and read books – all activities I would do anyway – and analyze them for social meaning, which my history degree from UCLA trained me for.

Retirement is a mythical beast like the unicorn, leprechaun, Bigfoot, and the honest politician.

RULE 2: GO FROM BEING A SUCCESS TO BEING SIGNIFICANT

I retired before the enormous NBA salaries that you read about today came along. Not that I wasn’t well compensated – just not as well as the current crop. The Lakers payroll in 1989, my last year in the pros, was $10,693,860. This year, the Lakers spent almost $100 million in salaries. What does that math mean to me? Well, it means that, like a lot of other baby boomers, I didn’t retire to endless days lounging around the swimming pool, going to fancy Hollywood parties, and flying my private jet to Leonardo DiCaprio’s private island (wherever that is).

Read full article at opens in a new windowtherotarian.com