The Real History of the Light Bulb 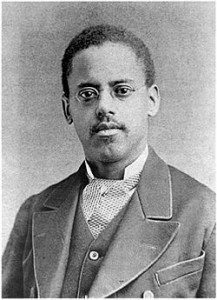 I’m currently writing a children’s book, What Color Is My Day? How African-American Inventors Affect Your Daily Life, that shows children how many conveniences that they take for granted every day were actually the result of African-American inventors.  One of the inventors I profile is Lewis Latimer.  Look over at the light bulb that is helping you read this and think about him.

Flip a switch and the light bulb instantly brightens a room. Ask any child who is responsible for that light and they will shout, “Thomas Edison!” Yes, Edison did invent a light bulb—but his bulb had such a short lifespan that it lasted only a few days.  This made it impractical for general use because to keep replacing bulbs every few days would be much too expensive for people. And, without a practical light bulb, there wasn’t much incentive for people to wire their homes with electricity. But then came African-American inventor Lewis Latimer, who had already distinguished himself by inventing a bathroom for use on trains (much to the relief of kid travelers) and who drafted the patent application for the telephone for Alexander Graham Bell.

Wanting to create a light bulb that would last longer than a few days, he devised his own bulb. His lasted so much longer that people were able to afford them, which then made it much easier to convince the average person to allow electricity into their homes. So, though Edison invented the light bulb, it was Latimer who improved it so much that people actually were able to use it.