The NFL’s plan to protect America from witches 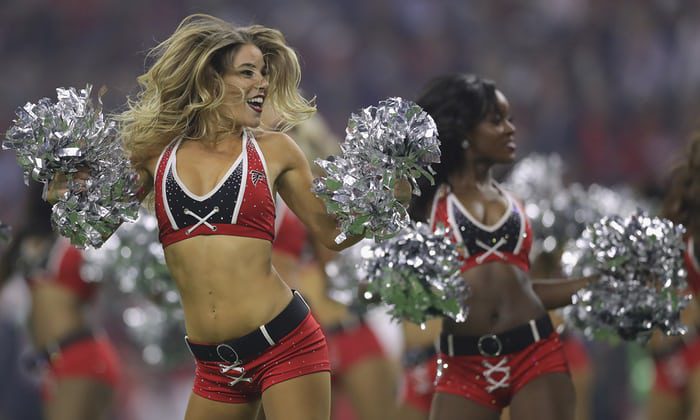 The NFL’s cheerleader problem shows exactly what’s wrong with the league’s management: They insist on being the self-appointed guardians of America’s mythological vision of itself

Witches, man. Just when you thought we were safe from their malignant influence on America’s virtue, the NFL has proven we are still in real danger from their dark powers. It is fortunate for our country’s moral fiber that the NFL has kept current in their reading, channeling Heinrich Kramer’s 1487 tome, Malleus Maleficarum (“The Hammer of Witches”), which was the go-to DIY text in many countries for conducting witch trials and public executions. As a result, an estimated 40,000 to 50,000 witches were put to death, about 80% of which were females. Why so many women? Kramer explains that it’s because a woman “is more carnal than man, as is clear in connection with many filthy carnal acts”. He believed that the sexual desire men felt when looking at a woman who was not their wife was due to the vixen casting magic spells to tempt them. As punishment, these sexual sirens must be, if not beheaded, drowned, or hanged, at least fired from their cheerleading jobs.

Bailey Davis, the 22-year-old former New Orleans Saints cheerleader, was recently fired for violating team social media rules by posting an Instagram photo of herself in one-piece lingerie that shows as much skin as a one-piece swimsuit in a Nordstrom’s ad, and a lot less than their cheerleading outfits. She has since filed a complaint with the Equal Employment Opportunity Commission for gender discrimination. When she spoke to a representative from the Saints’ human resources department, he complained that in her photo she had a “dirty face” (clear proof she was casting her spell compelling virtuous men to “filthy carnal acts”) and that he’d never allow his granddaughters to post something like that.

Grandpa’s pompous Lord Tywin Lannister response encapsulates exactly what’s wrong with NFL management: They insist on being the self-appointed guardians of America’s mythological vision of itself. Malt shops on every corner, Pat Boone crooning on the jukebox, and modestly dressed virgins sitting around with knees clamped together waiting to be asked to prom. This 1950s, Father Knows Best soundstage fantasy doesn’t stop with paternalistic and puritanical gender stereotypes, but also promotes simplistic notions about race and patriotism. The NFL’s anachronistic fancies aren’t just a misguided attempt to pander to what they think their traditionalist fans want, but also projects the hard-core conservative values of the mostly rich, white one-percenters who own the teams. We must live in their Disneyland – or else.

These powerful Citizen Kanes – isolated from contemporary American culture by wealth and self-importance – still think of the country as it appears in old-fashioned Archie comics, where teen hijinks rule the day, not the current version in the TV series Riverdale, where Archie has sex with Ms Grundy. Where the Parkland students single-handedly lead a nationwide political revolution. Where young girls and women launch #MeToo and #TimesUp movements that topple high-powered gropers in business and government – perhaps even a president.

In their Pleasantville fantasy, athletes still “Shut up and dribble” (or, in their case, “Shut up and tackle”). That’s because the majority of those athletes who speak up or kneel down in the real world are people of color calling attention to profound life-and-death inequities across the country, daily humiliating and life-threatening inequities that most these owners never have to face and therefore have no personal stake in. Attempts to silence players who refuse to accept their assigned roles fits right in with owners’ smarmy manipulation of the women cheerleaders through discriminatory Jane Crow “laws”.

The country would be outraged if a team’s rules stated that if a black player was eating at a restaurant and a white player walked in, the black player would have to leave the restaurant. Yet, those are the rules for Saints’ cheerleaders, who must leave a restaurant they are eating at if a Saints player arrives. We would be equally outraged if a company demanded that office personnel address top executives only with “hello” and “you’re wonderful”. Yet the Saints’ cheerleaders are restricted to saying only “hello” and “great game” to players. Other restrictions about weight, makeup, body hair, tampon use and forbidding sweatpants in public make it seem as if the Saints watched The Handmaid’s Tale and thought, “They just don’t go far enough.” In other words, shut up and jiggle.

These highly trained and skilled women are being told that the NFL just wants to protect them from sexual predators, particularly NFL players. Like the grumpy grandpa in human resources who wouldn’t “allow” his granddaughters to post photos he doesn’t approve of, the NFL wants to be their (creepy? pimpy?) daddy. These are adult women who should be permitted to make their own decisions about who they contact and who they don’t, especially since the players have no such restrictions. A cheerleader poses in modest lingerie and she’s fired; a player knocks out his wife on video and is suspended for two games. Boys will be boys, but girls must be what the NFL tells them to be.

For necessary movements like #MeToo and #TimesUp to thrive, Americans have to recognize that how we treat females in high-profile entertainment contributes to the detrimental perception that walls them in and diminishes their contribution to society. Less pay communicates less value. Forcing rules that treat them like children demeans their intellect. Yet, the NFL doesn’t mind exploiting the sensual attributes of these women for financial gain. Because nothing says wholesome family entertainment than lithe young women in skimpy shorts and plunging tops doing the splits. I’m sure 13-year-old Jimmy and his leering father are watching their energetic performance thinking only the purest of thoughts. So, this moral umbrage over an Instagram photo is the height of hypocrisy.

The NFL continues doddering down the path to cultural irrelevancy. Ticket sales are down, television audiences are smaller, fear of concussions is causing more parents are keeping their kids from playing football, and four states are considering banning tackle football for players under 12. Instead of embracing the real world, team owners mistakenly think they can hold on to their fan base by holding back the hands of progress. Apparently, they never watched Getting Straight (1970), set in the days of nationwide tumultuous student protests. In it, grad student Harry Bailey (played by Elliott Gould), with angry students rioting all around them, warns his frightened and oblivious professors, “Let go! Stop trying to hold back the hands of the clock. It’ll tear your arms out!”