The Hollywood Reporter: How #MeToo Can Help Right America’s Wrongs in 2018 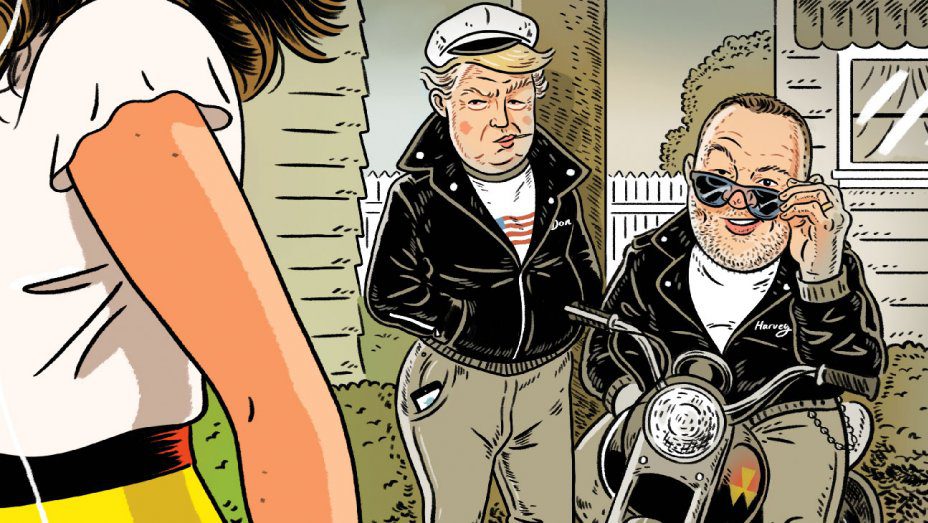 Sexism, racism and attacks on dissent made an ugly return in 2017, but the movement could make next year the “year of kicking ass rather than groping it,” writes the NBA great and THR columnist.

Man, 2017 has been the Tommy Wiseau of the century. A whole year of our short stay on Earth has been hijacked by a cast of clueless characters so tone- and times-deaf that they’ve made America look like the national road company version of The Room (“You’re tearing me apart!”). These disaster artists are dominating not only politics but, worse, our pop culture, which acts as the prophetic entrails of our country’s cultural and social future. And right now, those are some pretty grim gizzards.

The end-of-year party theme for 2017 is  the long overdue Abuse of Power for Idiots. Although producer-in-an-open-robe Harvey Weinstein and President Trump (“Make America Grope Again”) have diametrically opposed political views, they are united in their belief that power over others is a license, even a duty, to exploit them. That’s not the worst part. The worst part is uncovering how many people have been, and still are, complicit in enabling the abuse despite their glib denials. If you’re at all wondering if I’m referring to you, then yes, I am.

The year 2017 was like time-traveling back to the ’50s, an era when most Americans had blind faith in government, parents, religion and Big Business. Father knew best, both figuratively and literally. Women were fashionable accessories, college students were pennant-waving boosters of the status quo, blacks were keeping their heads down, gays were in denial or hiding. And everyone except Ban the Bomb bums and civil rights agitators were patriots. Those White Fathers in power had only our best interests at heart, and anyone who suggested otherwise was a communist sympathizer bent on destroying the American Way of Life.

A simple life for the simple-minded. If you think that sounded good, then yes, I am referring to you.

That docile, complacent Ghost of America Past that Trump and his GOP cronies are trying so desperately to conjure is, to the rest of us, the racist, misogynist, homophobic demon we are desperate to exorcise. They act without shame, supporting accused child molesters for the Senate, passing tax bills that they know benefit the rich over the poor or middle class, aggressively seeking to restrict the constitutional rights of minorities, women, immigrants and the LGBTQ community, all in the smarmy pursuit of personal political power over conscience or patriotism.