The Hollywood Reporter: Don’t Be Fooled, ‘Roseanne’ Is Really TV’s Most Anti-Trump Show 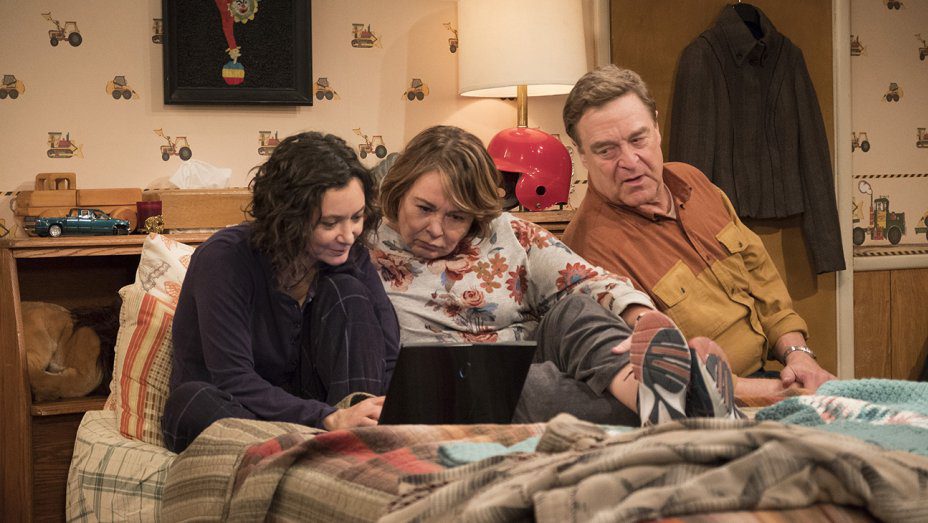 The NBA great and Hollywood Reporter columnist argues the politics on the revived sitcom are played for laughs like on ‘All in the Family’ or the ‘Colbert Report,’ but the daily economic struggles of the Conner family actually make a pointed anti-Trump statement.

The day after the Roseanne revival premiered to  opens in a new windowmassive ratings, President Donald Trump bragged at a Cleveland rally that the show’s success was because “it was about us.” He’s right, but not in the flattering way he thinks. Nothing reveals Trump’s myopia more than trying to grab credit for others’ success, not realizing that the show he’s boasting about relentlessly criticizes him and his policies more ruthlessly than almost any other program on television. While Will & Grace, another revival successfully reinvented for current political times, openly pontificates its anti-Trump bias, Roseanne is more subversive in its presentation of class struggles, health care, gender identity, and other issues that reflect the failures of the Trump administration. And it does so with searing wit, satirical commentary, and profound insight. Beyond the politics, it’s just very, very funny in a way that never panders, and touching in a way that is never schmaltzy. Roseanne joins The Good Place, Blackish, and Will & Grace as one of the best sitcoms on network television.

It’s easy to miss the show’s uncompromising criticism of Trump because the star, Roseanne Barr, just completed an intensive talk-show publicity tour during which she adamantly proclaimed her support for Trump and touted that her show would articulate the feelings and frustrations of Trump loyalists. To some extent, it fulfills that promise through Barr’s character, Roseanne Conner, the loud but lovable matriarch of a blue-collar family whose modest American dreams have crashed and burned before ever leaving the runway. They are the walking wounded, causalities of America’s longest and most devastating combat: class war. They’re damaged but defiant, their tattered lives McGuyvered together with duct tape, job sweat, and grocery coupons. It’s a shag-carpeting dystopia. What makes them so compelling is that they face their disappointments with the kind of heroic grit they used to write folk songs about. Now it’s sitcoms.

Even though I disagree with Roseanne Barr’s politics, she is as brilliant a comedian today as ever. She moves through every episode the way Pig-Pen moves through Peanuts comics, except instead of dust and dirt churning around her, her dysfunctional family swirls in chaos, with her acting as the gravitational force that holds them all together. She’s a formidable character portrayed by an admirable artist. She deserves all the praise she’s getting — for her artistry.

But when it comes to politics, Roseanne Conner is more Archie Bunker than a right-wing Maude. In All in the Family, we were never meant to take Archie’s conservative rantings seriously, any more than his son-in-law’s liberal pre-fab slogans. Likewise, Roseanne Conner’s red-state politics are presented with the same cringe-worthy pomposity as her sister Jackie’s (Laurie Metcalf) kneejerk liberalism. Like Stephen Colbert’s empty-headed host character on The Colbert Report, both Roseanne and Jackie spout vague platitudes that are meant for comic conflict, not for formulating political opinions.

Unfortunately for Trump supporters, Roseanne is like that cinnamon roll in which some people claim to see the face of Jesus. If you’re looking for saviors in your pastry, you’ll eventually find them. If you’re looking for pro-Trump proselytizing in Roseanne, you’ll be feasting on your own imagination. Because when you look at the actual content of the first three shows, you see a deliberate lack of any substantive arguments, facts, statistics, or credible authorities that generally are the tools of forming educated opinions. It’s not there, nor should we expect it. It’s a sitcom, folks, not a poli-sci lecture.