The Guardian: My NBA dream team of the next decade 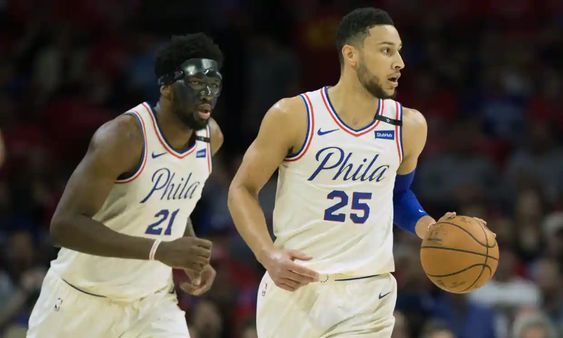 I didn’t just look for the best individuals, I picked the best players who would go together as a team. And here they are

Fans today seem to enjoy speculating on “What If” sports scenarios as much as they enjoy watching actual athletic events. What if: Michael Jordan played one-on-one against Magic Johnson? What if: Muhammad Ali fought Joe Louis in his prime. What if: Lamar Jackson and Tom Brady stood back-to-back holding a football, walked 10 paces, then turned and fired off the ball at each other? Let the hours of entertaining arguments begin! These “What If” games are fun precisely because there is no way to resolve the question. It’s like asking who would win if Deadpool fought Wolverine to the death without their regenerative powers. I’m going to jump right on that bandwagon with a What If scenario of my own: What if I could assemble my NBA dream team for the coming decade?

About the process: I didn’t just look for the best individuals, I picked the best players who would go together as a team. There are many elite players that I didn’t include here because to do so would have been duplication. In some cases, I factored in the number and severity of injuries. In the end, I looked or compatible skills and demonstrated teamwork.

I’ve put together 11 players because you need a deep bench if you’re going to overcome inevitable injuries and road fatigue to win a championship. At UCLA, Coach Wooden drilled into us that the fittest team is generally also the winningest team because they’re still sprinting down the court on fast breaks when the other team is jogging with their mouths open. Following are my picks for the championship team because they are the fittest, most skilled players of the past 10 years. In alphabetical order:

Giannis Antetokounmpo (Milwaukee Bucks). He can do anything and everything. He could play center if needed as well as excel as forward. I also like his backstory: born in Athens to Nigerian parents, his sheer will power and dedication has made him one of the best players in the NBA. He’s the kind of enthusiastic player who can energize and excite his team.

Steph Curry (Golden State Warriors). His phenomenal long-range shooting makes it impossible to double-team. He’s forced teams to rethink the entire concept of defense. His general calm demeanor seems to spread to the other players, making them more focused and therefore more effective as a team.

Anthony Davis (Los Angeles Lakers). As my center, he’s the consummate Big Man. He can play offense with his back to the basket or facing it. He can shoot the three-pointer or attack the basket. I especially enjoy watching him block so many shots.

Joel Embiid (Philadelphia 76ers). He has the same skill set as Anthony Davis, a master inside the key as well as outside. He’s also a defensive powerhouse.