The Guardian: Athletes are shot dead all the time in the US. It makes grim, tragic sense 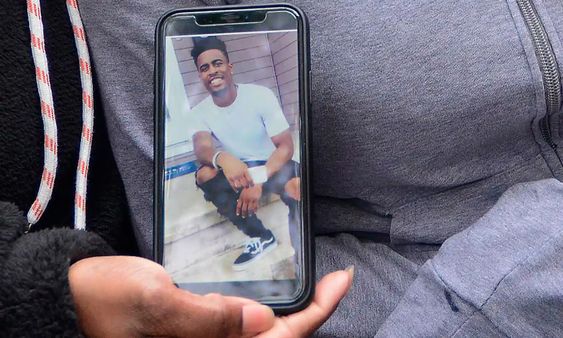 Three young athletes were shot to death in the last week alone. When you factor in race, guns and politics in the US, tragedies are inevitable

” A senseless act of violence.” That’s how University of New Mexico athletic director Eddie Nuñez described the 4 May shooting death of 23-year-old UNM baseball player Jackson Weller. But he might just as easily have been describing the killing that same day of 14-year-old football phenom Jaylon McKenzie, shot along with a 15-year-old girl at a party. Or the shooting death six days earlier of Dwane Simmons and the wounding of his college roommate, Corey Ballentine, recently drafted by the New York Giants. Three young athletes killed in the space of a week. Three families destroyed. Three promising athletic careers cut short.

Devastating. Tragic. But maybe not so senseless.

There is a certain perverse logic when we look at the numbers, the macabre math of murder. A US Centers for Disease Control report concludes that gun deaths in the US are at a 20-year high at nearly 40,000 people in 2017. A previous CDC report placed homicide by firearm as the second-leading injury category for Americans between the ages of 15 and 24. Given these statistics – and many more – it seems less “senseless” that these shootings take place, than inevitable. The senselessness is in our drowsy reaction.

Gun violence is of particular interest to athletes of color because they are more in danger of being victims than their white teammates. African Americans comprise only 13% of the population, yet as of 2017, players of color made up 42.5% of the MLB, 80.7% of the NBA, and over 70% of the NFL. At the same time, blacks make up 58% of gun homicide victims while guns are the leading cause of death of black males between 15 and 34. Among whites, 77% of gun deaths are the result of suicide, while among blacks 82% of gun deaths are the result of homicide. This is especially worrisome when you realize that while 41% of white households own guns, only 19% of black households do. Fewer blacks have guns but they are much more likely to catch a bullet.

I own guns. Over the years, I’ve supplemented my studies of the history of the Old West by collecting a number of guns and other paraphernalia from that era. So, this is not a finger-wagging creed demanding the banning of all firearms. Instead, it is an exploration of the passive-aggressive and sometimes abusive relationship among sports, violence, and guns. All three of these are powerful social influencers of how the world sees America and how Americans see themselves. Maybe therein lies the answer.