Reinforce the Positive to Fight the Negative 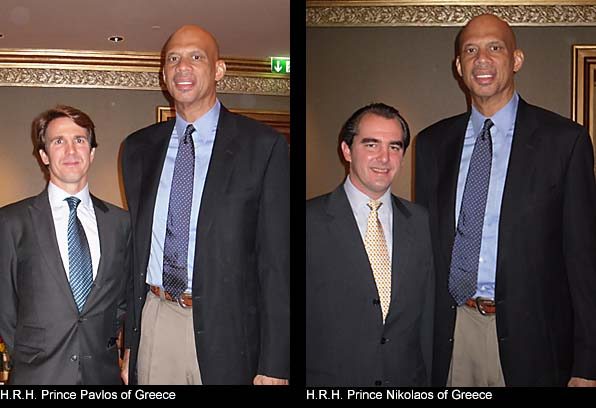 Nobel laureates and achievers in diverse fields speak about their struggle against racism and discrimination at this year’s Festival of Thinkers held at the Higher Colleges of Technology.
By Rania Moussly, Staff Reporter, Notes
Published: 12:12 November 9, 2009

Nobel laureates and achievers in diverse fields speak about their struggle against racism and discrimination at this year’s Festival of Thinkers held at the Higher Colleges of Technology.

Basketball legend Kareem Abdul Jabbar advised young Arabs, as well as Muslim youth in general, who are facing discrimination and negative stereotyping, to explain how Islam has affected their lives positively. Speaking to Campus Notes at the third biennial Festival of Thinkers last week, he related his own experience striving against racism as an African-American in the US.

The Festival of Thinkers gave students from the Higher Colleges of Technology (HCT) an opportunity to pick the brains of a number of Nobel Laureates. Names such as King Carl XVI Gustaf of Sweden, Prince Nikolaos of Greece and Cherie Blair made up the numerous panels that held discussions simultaneously at HCT campuses around the country over the course of three days.

Speaking at Abu Dhabi Women’s College, Abdul Jabbar said: “Fanatics have taken over the stage and made Islam seem to be the expression of fanatics; whereas every day Muslims have benefited from the moral anchor Islam has supplied their lives.”

He advised the youth in the region to relate and relay such information by understanding “who they are”. He went on to say: “It’s up to every individual to understand who he or she is as an individual and put their best foot forward.”

When asked about how today’s youth in the region struggle to find goals to aspire towards, he said: “They have to figure out what it is they want to do with their lives and step forward in that sense.” He added that a youth who is given everything is left no room to be motivated.

The panellists spoke of their personal struggle trying to achieve success and said hard work was the only secret ingredient. They named their own individual role models, while addressing issues such as the struggle for women’s rights with regard to playing sport in the US, and striving against institutionalised racism during the civil rights movement. They related such issues to UAE cultural growth and female achievements in society over the past 30 years.

The event was centred on 10 themes tackling the future of capital, well-being, innovation, identity, government, resources and growth and science and technology, to name a few. In most instances students were given the opportunity to sit at a round table with the world thinkers and debate for 60 minutes on topics such as globalisation and the future of cultural identity.