On the Shoulders of Giants: Film Review

by Justin Lowe
The Hollywood Reporter 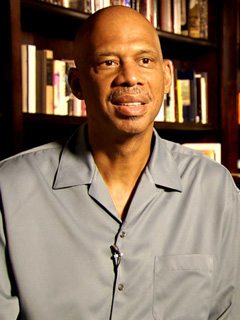 Featuring and co-written by Kareem Abdul-Jabbar, the doc sets the record straight about the Harlem Rens, the first African American professional basketball team to win a national championship.

“The story of the greatest basketball team you never heard of” — the subtitle of sports doc On the Shoulders of Giants — couldn’t be more appropriate. The Harlem Rens were the first all-African American professional basketball team to win a national championship, a distinction that until recently was known mostly to the sport’s insiders.

The documentary, featuring Basketball Hall of Famer Kareem Abdul-Jabbar — who co-wrote the project with Anna Waterhouse — sets the record straight with an absorbing narrative and standout interviews with cultural figures and basketball greats. Available on VOD from Comcast, Time Warner and Cox cable networks through the end of March, Giants should also see overtime on DVD and in educational markets.

With ESPN and other networks covering all the minutiae of professional sports, it’s a rare sports documentary that offers any surprises in either content or execution. On the Shoulders of Giants succeeds largely due to the passion of the filmmakers and their fellow basketball enthusiasts, who are determined to preserve and celebrate this inspiring slice of African American history.

In the early part of last century, pro sports were as segregated as any other sector of American life, with all-black teams excluded from competing in national championship tournaments. In 1923 Bob Douglas, an immigrant from the British West Indies who ended up in Harlem, established and managed the all-black New York Renaissance Big Five basketball team, named after the Harlem Renaissance Casino and Ballroom (where they practiced on the dance floor), but known by fans as the “Harlem Rens.”

The Rens were an integral part of the historic Harlem Renaissance explosion of African-American arts, culture and music during the ‘20s and ‘30s. The Rens created a fast, fluid form of play uncommon in professional ball at the time and cultivated a healthy rivalry with Chicago’s well-known Harlem Globetrotters. Playing around the Northeast and Midwest, they compiled a staggering 2,588-539 record over their 1923-1949 history, becoming one of the top professional sports attractions of their day. The Rens were also the first all-African-American squad to capture a championship title, winning the annual World Professional Basketball Tournament in 1939, besting all competitors and beating the all-white Oshkosh All-Stars 34-25. Douglas subsequently became the first African American inducted into the Basketball Hall of Fame in 1979.

First-time director-producer Deborah Morales pulls together an impressive roster of interviewees, including basketball stars Charles Barkley and Grant Hill, cultural figures like Maya Angelou and Cornel West and entertainment celebrities Samuel L. Jackson, Wynton Marsalis, Spike Lee, as well as former Rens fans and family members. Since little extant footage of the team in action survives, these brief black-and-white clips are skillfully cut together with eye-catching animation sequences and reenactments, as well as archival footage of Harlem in the ‘20s and ‘30s, with the entire narrative underpinned by Jamie Foxx’s enthusiastic narration and Bill Cunliffe’s dynamic score.

Although the Rens were ultimately eclipsed by the Harlem Globetrotters and largely forgotten for several decades, On the Shoulders of Giants is a moving testament to the sacrifices and accomplishments of this incredible group of athletes.