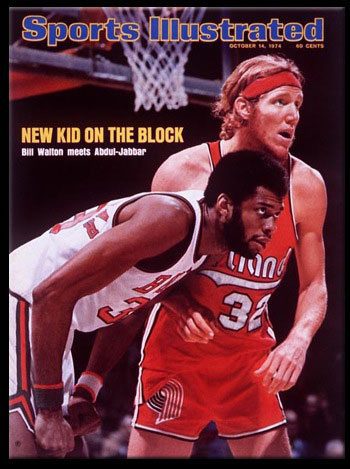 This cover reminds me of the connection I had with Bill Walton over his career. I played against him in his first exhibition game and his last playoff game with many memorable games in between. It reminds me of how intense the competition gets on the court. When Bill retired we were not on speaking terms. That lasted a couple of years. Finally we were at a function and Bill offered his hand and I took it and we both laughed. At some point we both realized that we had a great competition against each other rivalry was not something to cause any long lasting hostility. The competition in the end created mutual respect and appreciation and I’m happy to call Bill my friend and colleague.