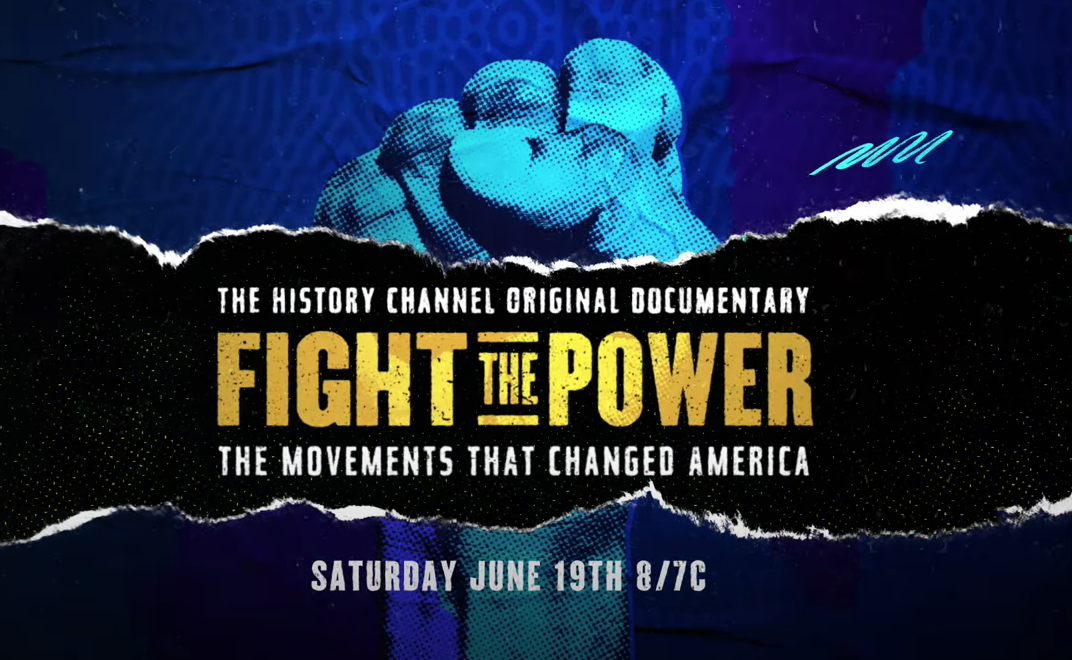 Fight the Power: The Movements That Changed America premieres Saturday, June 19 at 8 p.m. ET/PT on the History Channel. Watch the Official Trailer Below.

Excerpt From The Root Article:

“Kareem Abdul-Jabbar is a legend in many ways. Not only is he fully cemented in the conversations of iconic athletes, but his ongoing social justice advocacy will also speak to his legacy for years to come.

The Root is pleased to exclusively announce that the History Channel will be premiering a new one-hour documentary executive produced by Kareem Abdul-Jabbar and Iconomy Multi-Media & Entertainment’sDeborah Morales titled Fight the Power: The Movements That Changed America on Juneteenth, also known as the day that commemorates the emancipation of enslaved people in the U.S. Abdul-Jabbar will also narrate the documentary, which will chronicle the key movements that have made a major impact throughout U.S. history, including the labor movement of the 1880s, women’s suffrage and civil rights, as well as LGBTQ+ and Black Lives Matter movements. As the History Channel describes, these movements are immersed “in the American DNA and this documentary gives an unfiltered look at the ways it has evolved the world in which we live.”

Here’s more info about the documentary via the official press release sent to The Root:

Protest helped forge American independence in 1776and continues to serve as a charged impetus for change in the 21st century. Civil disobedience has always forced our country to take an uncompromising look at itself to judge if we are on the right course and seek to answer the question: does the arc of the moral universe bend toward justice when pressure is applied? From protests that started in small cities fighting for local change to movements that effect millions and garner national attention, every day people forged change. Anchored by sit down interviews and narratives from Abdul-Jabbar’s personal experiences, coupled with anecdotes from noteworthy historians and authors, and supported with archival imagery and current footage, Fight the Power: The Movements That Changed America explores the people, protests and movements that shaped our societies, laws and culture, and that played an important role in making our country better.

“One of this country’s greatest strengths is its willingness to listen to the voices of its people—whether at the ballot box or in the streets—and make changes to bring about a more equitable society,” Abdul-Jabbar said in a statement.”

Read the Full Article on The Root Here: