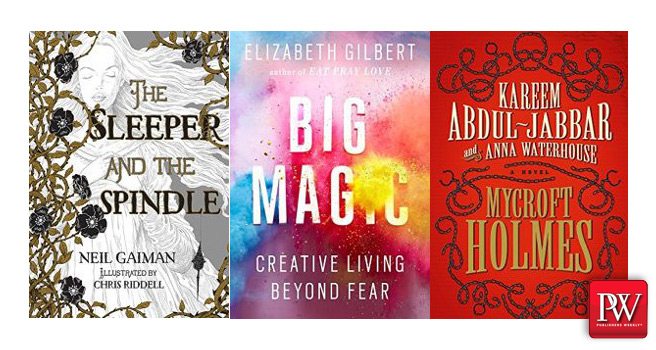 Mycroft Holmes by Kareem Abdul-Jabbar and Anna Waterhouse (Titan) – Basketball legend Abdul-Jabbar makes his triumphant adult fiction debut with an action yarn that fills in the backstory of Sherlock Holmes’s older and smarter brother, Mycroft. In 1870, the 23-year-old Mycroft, who has a reputation as a daredevil, is serving as a secretary at the War Office when word reaches London of a series of unusual deaths in Trinidad. Someone, or some thing, has been killing children and draining their blood. The tragic news stuns Mycroft’s fiancée, Georgiana Sutton, who immediately sails home to Trinidad. Disobeying her request to stay behind, Mycroft follows Georgiana to Trinidad, where he must exercise his intellect and his innate diplomatic skills to solve the crimes and remain alive.