My Thoughts on UCLA in the Final Four 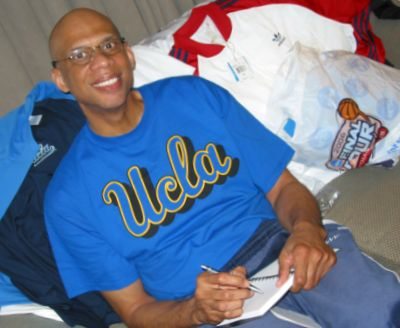 opens IMAGE file The last time I attended the NCAA Finals was in 2006 when UCLA played the Florida Gators for the championship. As I was walking down the tunnel with Bill Walton to enter the stadium my cellphone rang. It was Coach Wooden’s family calling to let me know Coach was in the hospital in serious condition. I was stunned as I entered the stadium in the midst of almost 80,000 fans. I had to sit and watch UCLA be outplayed while my Coach was in the hospital. To say the least it was an overwhelming moment. I left immediately after the game and flew overnight to be by Coach’s side first thing in the morning. Luckily he survived diverticulitis, but his health has been up and down since then. So watching UCLA beat Xavier in the latest round has helped prove to everyone that the program is still one of the best. This has been UCLA’s third Final Four appearance in the last three years.

The Xavier game was not as interesting to me as the win over Western Kentucky, because Western Kentucky did an exceptional job in speeding up the integration of college basketball and hasn’t been given a lot of credit for it. Although I’m a Bruin in heart and soul, I was rather torn while watching this game. Western Kentucky is my oldest son, Kareem Jr.’s alma mater. 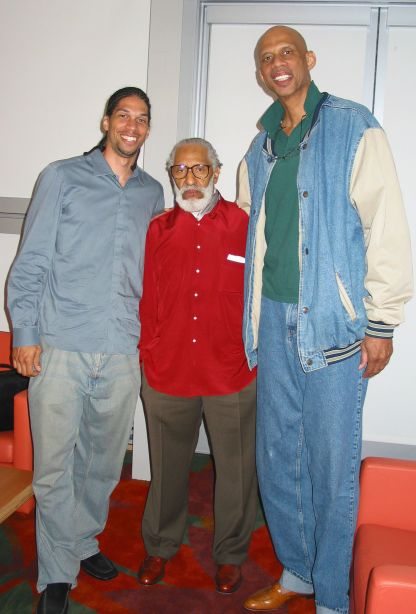 opens IMAGE file Another connection I have to WKU is alumni Greg Smith, who was my teammate on the Milwaukee Bucks for two years and the starting forward on our 1970-71 World Championship team. Greg was also a really good friend and my buddy on road trips, where we got to indulge our movie addiction. But my feelings for Western Kentucky go back even further. Western Kentucky was the forefront of the fight to integrate college basketball in the 1960s and early ’70s. While head coach at WKU, Coach John Oldham (who took over for previous head coach E. A. Diddle in 1964) dealt with some very ugly situations while the transition took place, and he has not been recognized for his courageous stand. For his part, Coach Diddle had recruited Clem Haskins and Dwight Smith in 1963. Coach Oldham continued that legacy, recruiting black players and eventually starting five African Americans on the WKU team — and staying the course in spite of criticism from some of the fans and faculty. Along the way, he coached his team to four NCAA appearances and probably would have made it to the finals in 1966 if a very controversial call hadn’t cost them the semifinal in the NCAA Tournament. In 1967, Clem Haskins broke his wrist, which kept WKU from being at full strength for the season. Nonetheless, college peeps owe WKU a tip of the hat for the positive changes it  helped to promote.