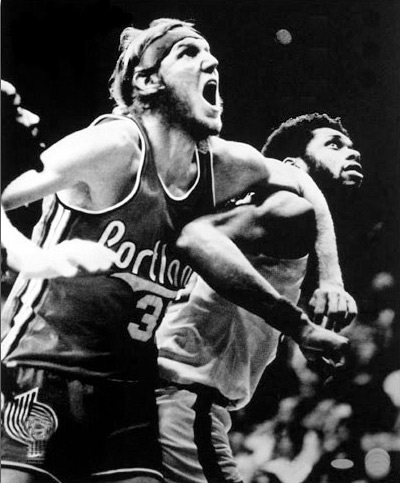 My first season in the playoffs with the Lakers was 1977. That was an up-and-down year in all respects. Our regular season was very successful and we felt that we had a great chance to play in the Finals. All those hopes were lost when we had injuries to two key players: Lucius Allen and Kermit Washington. The Portland Trailblazers beat us in the conference finals and went on to win the world championship from the Philadelphia 76ers in six games.

This season is starting to look the same way. Injuries have had a dramatic impact on the team’s chances. Andrew Bynum’s emergence as a dominant NBA center was something that had Lakers fans relishing the playoff season but a knee injury to Drew has made it impossible for anyone to know when he will be coming back. The acquisition of Pau Gasol has also buoyed the hopes of the Lakers faithful. An ankle injury almost took out that dream, but Pau has recovered nicely and should be in good shape for the playoff season. Trevor Ariza has also been a player who has come to the forefront as a Laker this year. He is our best defensive player at three positions. But a stress fracture has sidelined Trevor and we are waiting patiently for his return.

At full strength, the Lakers are a formidable crew, but who knows when they will reach that status? I think the playoffs will hold that answer.

The Lakers opened up their post season last night beating the Denver Nuggets 128-114 in LA. The game was rather uneven but it featured fine passing, flagrant fouls and flaring tempers. The Lakers led at halftime by only two points, 58-56. It seemed that the two teams were evenly matched, but in the second half the Lakers pulled away and maintained a lead that Denver could not overcome. The game was especially meaningful for Pau Gasol, who experienced his first playoff win in his seven years in the NBA. His statistics were quite impressive: 36 points on 14 of 20 from the field and 8 for 8 from the free throw line,  16 rebounds, eight assists and three blocked shots. That’s the type of game that people talk about when they try to figure out who the elite players are. Lamar Odom was very crucial in making the plays that create opportunities for his teammates for easy shots. He finished with 17 points and 14 rebounds while only giving up one turnover. Everyone on the Lakers got into creating assists for their teammates, including Luke Walton, Vladimir Radmanovic and Pau.

Their total of 33 assists (a great Laker number!) was remarkable in this day of the quick jumper. The Nuggets had only 20. Things got ugly at times, especially when the Lakers had an easy shot attempt opportunity. J.R. Smith was called for a flagrant foul in the fourth quarter and Anthony Carter (1), Kenyon Martin (1) and Allen Iverson (2) were slapped with technicals. Iverson was ejected as a result of his two techs in quick succession. The crowd was very much into getting under the skin of whoever presented an opportunity. Carmelo Anthony was heckled on every free throw he shot with reminders of his DUI arrest. The Laker faithful are not inclined to be kind at this time of year, and I wonder what else they’ll come up with when given the opportunity. After the game, Coach Phil Jackson chided the Lakers about a few improvements they need to make but said that the victory was quite satisfactory. If things stay this intense, expect a lot more fireworks.