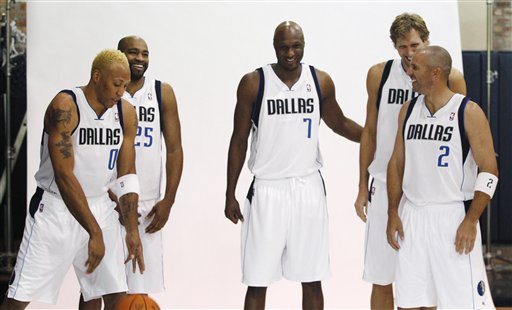 My friend Lamar O got traded to Dallas in a very dismissive way, but I think he was his own worst enemy. When the trade for Chris Paul, which would have involved Lamar, fell through, Lamar should have kept his thoughts to himself. But Lamar is an emotional guy and couldn’t contain his hurt feelings and ability to understand that he was expendable. I’m sure Lamar is hurt, but he is on a championship team that has an owner that will pay him well if he performs. Good luck Lamar and see you in the spring.

People are curious to know how I would have felt if the NBA had vetoed my trade to LA. I would have been really upset because I paid my dues by playing years in Milwaukee. I can see how many people accuse the commissioner of having a conflict of interest as an owner of an NBA team and being the commissioner of the league. People in LA are in arms because the commissioner killed a deal that would have possibly given the Lakers a great team for years to come. I hope that the era of David Stern wearing two hats lasts for a very short time. Things need to get back to normal.