My Personal Story About Malcolm X 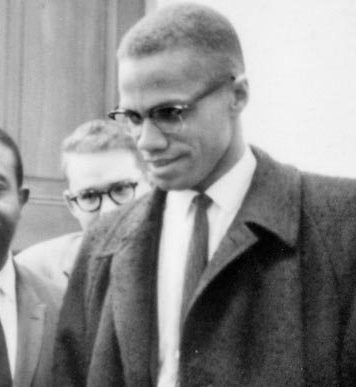 His autobiography, co-written with Alex Hailey (Roots), is the kind of world-changing book that doesn’t come along too often in history. The story of how he transformed from Malcolm Little the petty crook to Malcolm X the political activist is not only a story of personal courage and growth, but a wake-up call to the black community on a par with the Declaration of Independence. America was never the same after this book – and neither was I. I learned just how crucial political activism was to improving the black community, and I was introduced to the spiritual power of orthodox Islam. He was dedicated to the advancement of Black Americans and he inspired me to never give up on obtaining the goals of the civil rights movement. This photo of Malcolm with Dr. Martin Luther King, Jr. is one of my favorites because, despite their political differences, they are laughing together, showing that though they differed in means of achieving it, they shared a common goal. And a brotherhood.