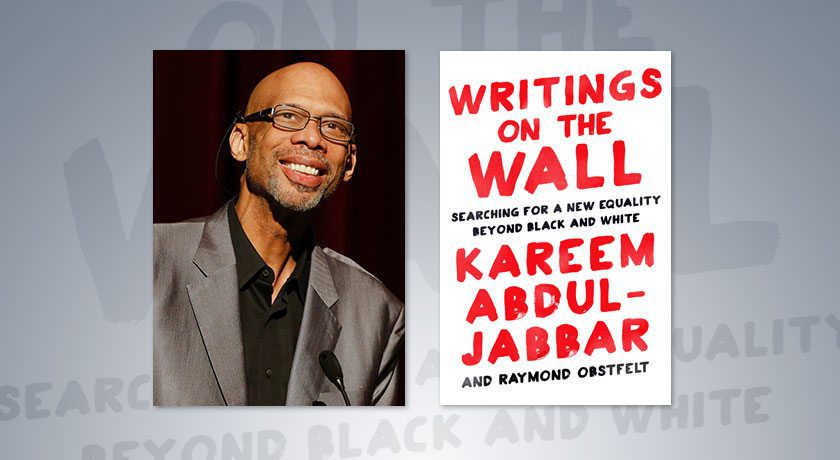 opens in a new windowPre-Order Now →

Insights into life from the cultural commentator and former Hall of Fame basketball player.

Combining his personal experiences as a black Muslim male with statistical data, research, and a bit of humor, Abdul-Jabbar (On the Shoulders of Giants: My Journey Through the Harlem Renaissance, 2010, etc.) explores the divisions in the United States along lines of race, class, religion, and gender, and he offers concrete, easily implemented solutions to fix these ongoing problems. Opening with an examination of the Constitution, the author explains why this document is still a vital part of American democracy. “Too often people who are all puffed up on their own ideals of patriotism propose actions that are contrary to what the country stands for in an effort to codify their personal beliefs as law,” he writes. “These are America’s greatest threat….The genius of the Constitution is that it was written by men who acknowledged their own frailties and biases.” To uphold the Constitution, we must elect officials who think critically about the issues in front of them and use reliable, nonpartisan research to make informed decisions. Providing children with a solid education is the first step. Abdul-Jabbar confronts the race issue head-on, giving readers numerous facts that unequivocally show that racism is still widespread. He suggests public awareness, anti-racist laws, and more minorities on TV and in movies will help combat this. The author also voices the difficulties he’s faced due to his religion, and he proposes interfaith activities and hate-crime laws to ease the tension. Abdul-Jabbar also covers gender equality and the plight of the elderly. His concerns are deep, his arguments well-founded, and his solutions straightforward. The trick is to get people to listen, but Abdul-Jabbar provides a good jumping-off point.

Heartfelt sentiments on how racism, gender equality, and other social and cultural issues in America can be changed for the betterment of all.