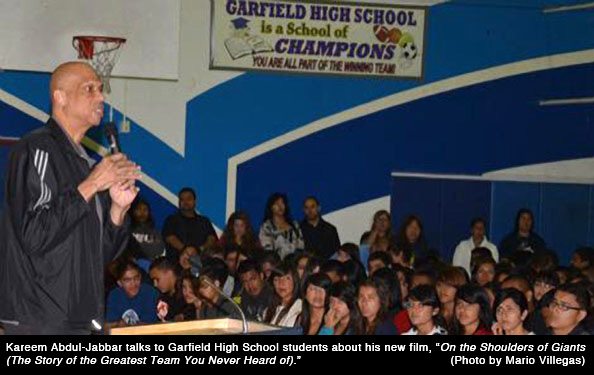 “On the Shoulders of Giants (The Story of the Greatest Team You Never Heard of)” is a feature-length documentary about the New York Renaissance Big Five that became affectionately known as the Harlem Rens, a basketball team from Harlem in the 1920s and 30s that did as much to integrate the sport of basketball as any other team.

The film includes interviews with civil rights leaders and basketball greats as well as musicians and film makers of today.

The story finds its footing in the rhythms of jazz, its roots in the Harlem Renaissance … and its voice in a group of players much too talented to be ignored.

The film is now available on Netflix.