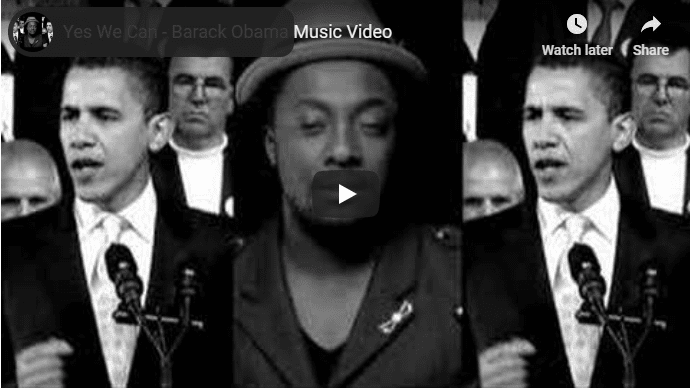 I recently joined will.i.am at the Record Plant in Hollywood and helped him do the “Yes We Can” video for the Obama campaign.  I worked with will.i.am on my audio book project On the Shoulders of Giants.  Will collaborated with Herbie Hancock to redo a 1936 song entitled “Stompin at the Savoy.”

Barack’s campaign has revisited the optimism and hope the nation felt during President Kennedy’s campaign.  I was at the Avalon for the rally last Thursday.

This was the first time I had ever attended a presidential rally.  I met Barack in 2006 at the Senate building in Washington, D.C., and I was immediately impressed with his vision, intelligence, and energy.