The Hollywood Reporter: ‘The Big Sick’ and Hollywood’s Muslim-American Renaissance 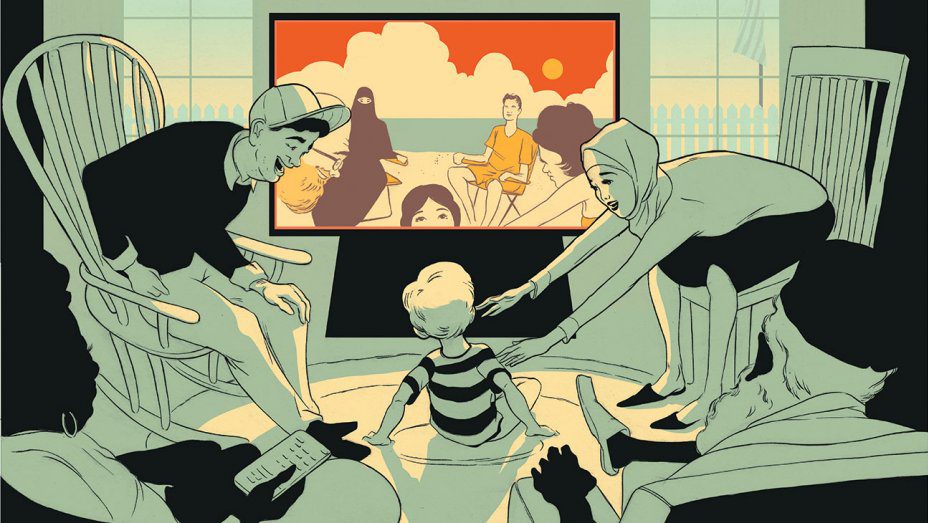 The NBA Hall of Famer and THR columnist, a practitioner of Islam since college, is hopeful that the Kumail Nanjiani starrer and Aziz Ansari’s ‘Master of None’ are bringing an end to portrayals of the devoted as “rabid, merciless terrorists” onscreen.

“Something there is that doesn’t love a wall,” an apple farmer observes in the opening to Robert Frost’s Mending Wall. That line, indeed that poem, is the spiritual essence of America: a country founded on a sacred mission to tear down walls that needlessly separate neighbors. There are all kinds of walls, from the $70 billion physical wall that Trump wants to build to walls that one-percenters build to keep their money in (they don’t call it Wall Street for nothing). But the most formidable wall of all is the Perception Wall of false images and ideas that nurtures fears and prejudices about other groups based on religion, ethnicity, national origin or gender identity.

Muslims have had a great run being portrayed as rabid, merciless terrorists. That’s what Americans saw in movies and television shows from True Lies to 24 to Homeland. That is the image of Muslims many Americans still cling to. Even with the many recent positive portrayals of Muslim-Americans in the arts, it takes time for images to dilute the poison that’s been mixed in for so long. Every time the news reports that a Muslim has been involved in a terrorist attack, the prejudice stored in our body sweats through the pores and reheats our fear. And yet, as of Nov. 6, there were 307 mass shootings in the U.S. in 2017, the majority by white Christian men. When a generic white man fires 1,100 bullets into a Las Vegas crowd, killing 58 and injuring 546, we have nowhere to go with our anger or fear. We can’t be on the lookout for every disaffected white Christian male. We can’t profile them. But we think we know what Muslims look like (though vigilantes have often mistakenly targeted non-Muslims), so our mistrust more easily takes a human form. We prefer our villains with a physical Cain-like identifier — dark skin, large nose, prayer hat, veil, foreign accent — to clarify that they’re not one of Us. The irony is most Americans are descended from a persecuted group.

But looking at current portrayals in pop culture, I feel pretty hopeful about the future. Quanticofeatured twin Muslim women, one who wore a hijab. Aziz Ansari’s Emmy- and  opens in a new windowGolden Globe-winning Netflix comedy Master of None is a bold and necessary show because it is not only exceptionally funny and heartwarming in its portrayal of the title character from a Muslim family, it’s relentless in showing the protagonist’s immaturity and foibles. His daily conflicts are just like everyone else’s. While Jerry Seinfeld’s fictional parents were Jewish noodges, Ansari’s are Muslim noodges.

The Big Sick, one of the best films of 2017, was co-written by and stars Pakistan-born, Muslim-raised Kumail Nanjiani. The movie, an autobiographical fictional adaptation of Nanjiani meeting his future wife that scored a SAG Award nomination for its cast is funny and touching. It portrays a Muslim family in a comic and endearing way. HBO’s Emmy-winning The Night Of presented a nuanced, complex view of Muslim-American life. The comic book Ms. Marvel offers a Muslim-American girl from New Jersey who practices her faith while using her superpowers to help people. The Green Lantern Corps has Simon Baz, the first Muslim Green Lantern. Monica Chang, a Black Widow and ex-wife of SHIELD leader Nick Fury, is the head of SHIELD’s A.I. division — and a Muslim.

These representations of Muslim-Americans are not meant to indoctrinate, as some politicians have fearfully warned. Frank Gaffney, a former Reagan administration official who has ties to the Trump administration, has stated that the Muslim Brotherhood controls Muslim-Americans and wants to replace the Constitution with Sharia law. Does anyone watch The Marvelous Mrs. Maiseland decide to become Jewish? Does anyone watch Breaking Amish and suddenly shut off their electricity? Many shows that feature specific faith communities are more about lovingly poking fun at their heritage than exploring the theology.

At the end of Mending Wall, the apple farmer describes the unwillingness of the closed-minded neighbor to see anything beyond tradition: “He moves in darkness as it seems to me/Not of woods only and the shade of trees.” It is that darkness of perception that we must overcome. And that light has to be shed from the television and movie screens as they continue to illuminate how Muslim-Americans are just like all other Americans yearning to breathe free.