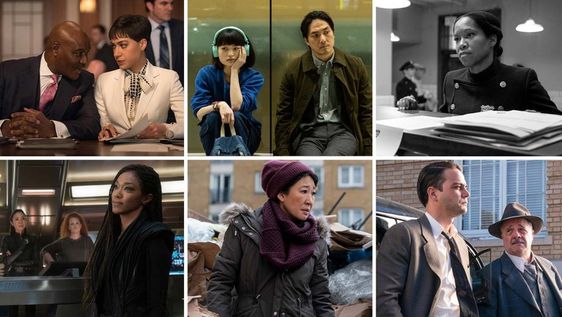 In a world under siege, writes The Hollywood Reporter columnist and NBA great, “Good shows can boost a community’s morale and self-esteem — and make them feel connected to people like them and valued by people not like them.”

We like to think adversity brings out the best in people, but usually it only brings out the best in the best people. The worst will take any disaster as an excuse to indulge their basest impulses, regardless of the consequences to others. Americans have certainly faced a lot of adversity lately from the devastation of the pandemic to the destructiveness of the looters. Yet, while Americans as a whole may feel their world is suddenly under siege, Black Americans have always felt under siege. A walk in the park, a jog in the neighborhood, a drive to the grocery store — all can end in arrest or death. The pandemic and videos of black people being murdered by police and vigilantes only shines media light on how embedded racism is. Nationwide protests are an effort to keep that light shining until measurable changes are made.

When COVID-19 started to appear in the U.S., President Trump began his five-months-and-counting Campaign of Blame by accusing China of being responsible. The result was a reported rise in hate crimes against Asian Americans to about 100 a day. Worse, the virus itself has had a much greater — and deadlier — impact on the African American, Native American and Latinx communities than on white communities. People of color are contracting and dying from COVID-19 at  opens in a new windowshockingly higher rates than whites. The coronavirus has revealed more than the weaknesses in our national medical preparedness, it has revealed in bold letters the fatal results of systemic racism.

The pandemic lockdown has isolated people from friends and family, but it has also alienated people of color from mainstream society. The lack of resources being used to address this problem, as well as the problem of police brutality, makes people of color feel even more marginalized and expendable.

Everyone jokes about Netflix-binging during shelter-at-home. But what shows should people of color watch right now to feel less marginalized, less expendable?

Television shows and movies also create public perceptions of anyone different than the viewer. Managing ethnic perceptions is especially important at a time when fear fuels hate and hate fuels violence. Good shows can boost a community’s morale and self-esteem — and make them feel connected to people like them and valued by people not like them.