Kareem Abdul-Jabbar wants to be in pictures 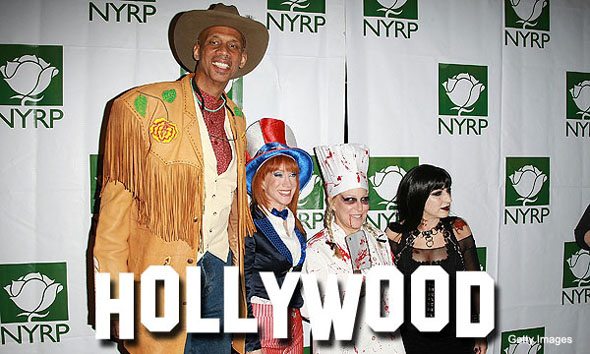 By most accounts, the average NBA career lasts about five years. That’s a nice chunk of time to stack some cheese up, but it’s not that long. Just consider that if a player enters the league at 21, they’ve still got about another 50 years to live after they’re done playing in the world’s finest professional basketball association. Even the players with the longest careers — your Robert Parishes, Kevin Willises and Moses Malones — retire in their early 40s, meaning they’ve still got quite a bit of time to fill after their playing days are done.

With all those years to fill, former players have to find something productive to do. Maybe it’s coaching, maybe it’s broadcasting or — if you’re Kareem Abdul-Jabbar — maybe it’s making movies.

Hint: For Kareem it’s totally making movies. From the New York Daily News’ Bill Gallo:
Kareem, who grew up in Manhattan and first became a legend at Power Memorial, has turned to filmmaking, and from the script that I’ve read, his first project promises to be a slam dunk. The premise of the story, “On the shoulders of Giants,” strikes a fine chord, especially for those who remember the Harlem Renaissance – a team of classy and serious basketball players. I say, serious because, in their time, they were mistaken for the Harlem Globetrotters, who still are those delightful entertainers on basketball courts throughout the world.

Abdul-Jabbar, who has been successfully battling leukemia, takes on this new challenge of making movies at an age, 63, when most people are getting ready to retire.

“It is something I’ve wanted to do after my playing days were over,” says the man who perfected the sky hook.

Abdul-Jabbar’s production deals with “a group of sports pioneers who have been all but forgotten in time, and it celebrates the legacy of a magical game – and the shoulders that today’s players stand on.”

Hey, when you have an IMDb profile like Kareem’s, why wouldn’t you make your own movies? If his movie is half as successful as “Slam Dunk Ernest” or “Airplane!” then Kareem will be a regular Ingmar Bergman, only less Swedish.

As for the subject matter of Abdul-Jabbar’s film — the Harlem Renaissance — there should be quite a bit of material to work with. The Rens have a story worth telling as they were a barn-storming professional team which were refused entry to the primitive leagues of their time because they employed only black players. Not to mention they had players named “Fats,” “Pappy” and “Tarzan,” which will only makes the story better. Hopefully, Kareem will have the good sense to put his actors in the actual jerseys the Rens wore when they played. Not only would they look terrific, but, as “Mad Men” has shown us, period details are the key to criticial acclaim. Make the right call, Kareem.