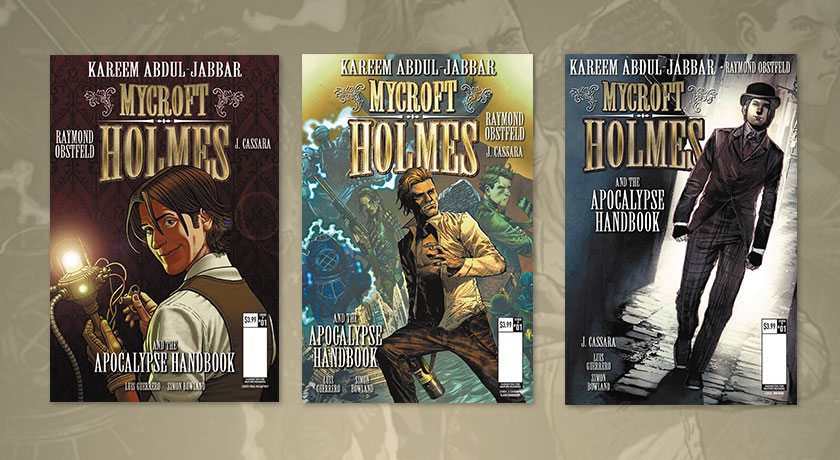 The NBA All-Star is taking on the adventures of Sherlock Holmes’ smarter brother this summer.

Not content with being an NBA legend and columnist for the Washington Post, Kareem Abdul-Jabbar is adding a new career to his resume: comic book writer, as he explores one of his lesser-known passions, the mythology of Sherlock Holmes, and particularly the career of Holmes’ brother, Mycroft.

Abdul-Jabbar will team with novelist Raymond Obstfeld and artist Joshua Cassara for a five-issue series, Mycroft Holmes and the Apocalypse Handbook, launching this August from Titan Comics.

The series follows the elder Holmes as he travels the world on a mission from the British government to stop a madman intent on utilizing seemingly impossible technology to destroy civilization — and disrespect Queen Victoria in the process, which may be an arguably greater sin.

This won’t be the first time that the NBA All-Star has tackled the adventures of Sherlock Holmes’ lesser-known (but more intelligent) brother; in September 2015, he wrote the prose novel Mycroft Holmes for Titan’s book line with screenwriter Anna Waterhouse, which tells of Holmes’ first big adventure for Queen and Country after leaving Cambridge University.

The first issue of Mycroft Holmes and the Apocalypse Handbook will be available in comic book stores and digitally Aug. 3.

Read more at  opens in a new windowThe Hollywood Reporter