The Hollywood Reporter: This Season’s Bachelor Is Out of Step in the #MeToo Era 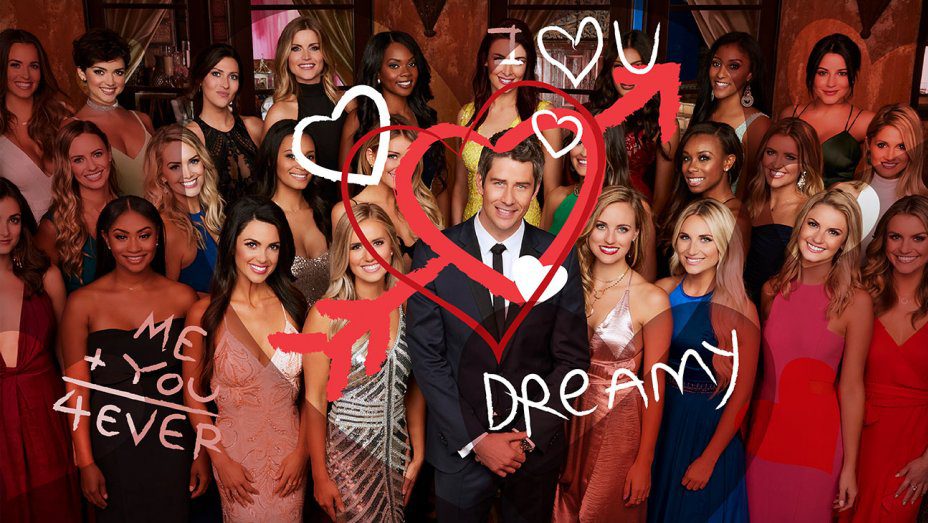 The THR columnist and NBA Hall of Famer says season 22’s return to a vapid, out-of-date masculinity is a disappointment after the show moved forward last year with the first African-American Bachelorette.

In pop culture, everything is about timing. It’s about riding the treacherous current of the zeitgeist without wiping out on the rocks of outdated irrelevance, strewn between the wreckage of Milli Vanilli and Logan Paul. The Bachelor franchise has managed to ride that wave admirably since it debuted sixteen years ago in 2002. The last season of The Bachelorette showed just how nimbly they could pivot into social leadership when they featured African-American Rachel Lindsay, a smart, articulate, witty attorney who embodied feminist-lite ideals. She was the right role model at the right time. But the current season of The Bachelor, featuring race car driver Arie Luyendyk Jr., is a serious misstep that comes across as a retreat into the past rather than a reflection of the times.

Yes, it’s a game show more than a reality show. Dozens of women compete for the attention of one man, which is to real romance what being trapped in a crowded elevator for two days using an empty Starbucks cup as the only toilet is to an elegant cocktail party. It’s crock-pot romance, with the women constantly stewing on high heat. That’s what makes it so addictively entertaining. However, with today’s heightened awareness through the #MeToo and Time’s Up movements, the entertainment media has a clear responsibility not to perpetuate stereotypes or behavior that negatively influences how we see people and therefore how we treat them. The higher the ratings, the greater the responsibility.

The featured bachelor needs to reflect a man who embodies this cultural awareness through his words and actions the way that Rachel did. If he doesn’t, the show threatens to characterize the women pursuing him as equally vapid. (Quick disclaimer: I don’t know Arie, so all I can judge is the character that the show’s editors create.) The Arie they present, especially following Rachel, comes across as shallow, bland, stiff and inarticulate. Every woman is “amazing,” especially when he dumps them. There has not been one snippet of conversation from him that has been interesting or funny or thoughtful. Even last season’s bachelor, Nick Viall, had a goofy man-child thing going and a coherent sincerity that was fun to watch and gave the show a veneer of realism.

Arie’s observations are startlingly devoid of insight, both on the show and in his blog about the show. For example, the show’s designated villain and winner of the “I’m Not Here to Make Friends” Award is Krystal, a fitness coach whose blatantly selfish disregard for others makes her perpetually frozen smile seem creepy, a little like Pennywise the clown in It. Arie’s analysis: “Watching it back, it’s obvious that Krystal was  opens in a new windowrubbing the women the wrong way. From my perspective, I was flattered by her aggressive approach. It felt like she truly put our relationship first.” Really? That’s what you see? Because what any observant person would realize is that Krystal isn’t a villain because she blatantly steals time from others and is disingenuous with them afterward by maliciously detailing her closeness with Arie. Nor because she’s so focused on finding “real romance.” It’s because she wants to win at any cost. She lives in a delusional bubble in which she justifies her heinous actions — all villains think the ends justify the means — in the name of Romantic Love.

Which brings us to Bekah M., the vibrant 22-year-old who seems the least emotionally invested and who appears to be having the most fun. Arie’s recent makeout session with her led her to analyze why he’s so smitten with her: “I’m unsafe. … I think you know that I don’t need you. … It’s scary to be with someone who doesn’t need you to complete them.” To which Arie responds with astonishment, as if she’d just magically produced a hummingbird from behind his ear: “You’re blowing my mind right now. Who are you? Where’d you come from?” Arie’s mind is blown by the most cliched observation to come out of every freshman dorm or stale fortune cookie. The fact that she’s 14 years younger and yet much more lucid and has a greater sense of humor than him only highlights his inability to engage.

Kissing is an important part of the dating process because it is crucial to find out if there is any physical chemistry. But Arie’s eagerness to get right to kissing as quickly and often as possible in lieu of, rather than a result of, talking seems to indicate he’s incapable of or uncomfortable with extended conversation. The effect is a high-schoolish immaturity that is detrimental to the show becasue it lowers the romance bar. More important: It’s tone deaf to the times. Even though the women are all willing participants and know what they’re getting into, viewers see women clamoring over someone who seems more interested in jamming his tongue in their mouths than listening to the words coming out. Lauren S., whom he took out on a one-on-one date, apparently talked too much and instantly got the boot.

What were they thinking when they decided it would be a good idea to have the women wrestle each other? Even though it was framed as stagecraft wrestling, and dressed up as kitsch with a couple GLOW veterans, it still had the uncomfortable tinge of soft porn to it. The wonderful Netflix series GLOW is about women acknowledging the sexual fantasy elements but using it as a vehicle to self-empowerment. Here it seemed demeaning. The GLOW vets didn’t help by being cranky and abusive to the women, purportedly to rile them up for the show. One Latina woman, Bibiana, was bombarded with yo mama attacks: “Did your mom know how to spell when she gave you that name?” one vet goaded. “It doesn’t even make sense. Sounds like a bib you would wear.” Even the burns were witless. The men did a wrestling bit on last season’s The Bachelorette, but the difference is that men do not face the same exploitative stereotypes and treatment in society, so what might be fun for men might be embarrassing and demeaning for women.

None of this makes Arie a bad guy or a bad catch. He seems like a nice, decent man. But selecting the Bachelor or Bachelorette isn’t just about ratings or maxium drama, it’s also about not diminishing the sincere quest for love through bad examples, but elevating it through admirable role models. No one expects or wants perfect people — where’s the fun or reality in that — we just want people who make the journey both entertaining and meaningful. And a show more sensitive to the times.