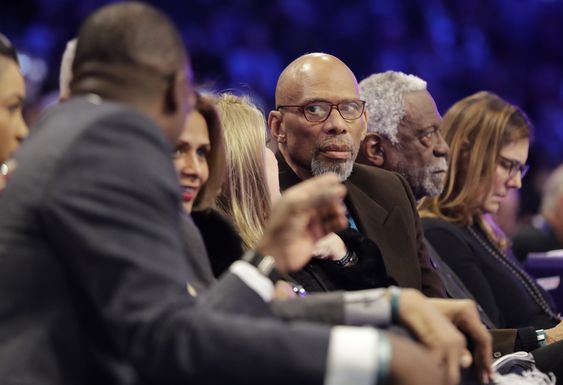 MIAMI — There was no social media or around-the-clock basketball coverage in October 1974, on the night when Kareem Abdul-Jabbar looked up from his dinner plate and told the Milwaukee Bucks that he would like to be traded.

As such, hardly anybody knew initially about the demand.

If anyone understands what Anthony Davis is thinking, asking for a trade out of New Orleans with nearly 1 1/2 seasons left on his contract, it’s Abdul-Jabbar. His trade request came with two years left on his contract in Milwaukee. Eventually, he got his wish in the summer that followed his ask and got traded to the Los Angeles Lakers.

“I think that the players have power because they have value,” Abdul-Jabbar said. “The players that teams know that they can win with are going to be in a position to dictate what they want to do.”

And while few people would disagree with that, the fact that Davis’ request went public — and the impact it had on the both the Pelicans and the Lakers, the team that appeared to go after the six-time All-Star the hardest before the trade deadline came and went earlier this month without a move being consummated — did not sit well with a number of the league’s former players at All-Star weekend.

And it isn’t about the money. Top players like Davis, who will likely get his trade request fulfilled this summer are going to be well compensated one way or the other. But some think he might have been better served keeping it quiet until then.

“I just think it’s a situation where they needed to keep it in house,” Hall of Fame guard Rick Barry said. “Just talk to the owners. Talk amongst yourselves. Airing your dirty laundry and putting stuff out there … I just don’t understand why you want to get into a situation like that that does nobody any good and can only cause problems.”

Like Abdul-Jabbar, and like Davis, Barry also forced a trade. Back in his ABA days, he made it known that when the Washington Caps were moving to Norfolk, Virginia, he wanted no part of playing there. So Barry got traded to the New York Nets, the entire trade “saga” lasting no more than a week or two and all done during an offseason.

Full Article on opens in a new windowChicago.Suntimes.com