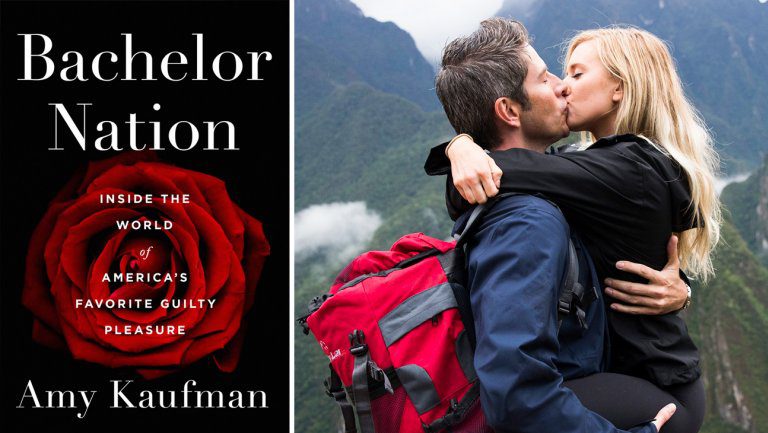 The NBA Hall of Famer and Hollywood Reporter columnist is a fan of ‘The Bachelor’ franchise, but he laments the recent Arie debacle and responds to a new tell-all expose with a classic Jonathan Swift quote: “I never wonder to see men wicked, but I often wonder to see them not ashamed.”

The Bachelor shows are basically a sugary-sweet confection of romance porn. They are to real romance what WWE wrestling is to the Olympics: an artificial world in which melodramatic theatrics bodyslams intellectual substance, and emotional manipulation eye-gouges sincerity. Sometimes, the producers’ cynicism and contempt seeps through the contrived scenes and the show veers into parody, unintentionally mocking the participants. Sometimes, as with  opens in a new windowthe finale of this last season, it’s just deliberately cruel. And sometimes, despite the cheesy lines, the alcohol-fueled desperation, and some disingenuous people on both sides of the camera, we get a glimpse of real people shivering in the vulnerability of their need to love and be loved, and the show resonates to our greatest ache. And that is enough for fans, like myself, to turn down our world-weary scoffing and tune in again.

Now there’s a book, Bachelor Nation: Inside the World of America’s Favorite Guilty Pleasure by Amy Kaufman, that tells fans all the dirty secrets about how the sausage is made. It doesn’t make the sausage any less delicious or addicting, but it does, if you think about it too much, roil the stomach. Fortunately for the show, most fans choose, like sausage lovers, not to think about it too much. The triumph of yummy over yucky. And there’s a lot of yucky in this book.

First, a disclaimer: I  opens in a new windowappeared in an episode of Rachel Lindsay’s 2017 season of The Bachelorette. During the previous season of The Bachelor, I’d written an article for The Hollywood Reporter, “ opens in a new windowThe Bachelor opens in a new window Is Killing Romance in America,” in which I acknowledged that the show was great fun to watch, but also criticized it for, among other things, promoting an unrealistic vision of romantic love that creates false and destructive expectations among people watching the show. I also complained about its faux diversity of including people of color as politically correct props rather than as believable rivals for the Bachelor or Bachelorette’s affections. Generally, they were kept long enough to certify the Bachelor or Bachelorette were “open-minded,” then flushed from the show like a dead goldfish. After the article came out, I was contacted by two producers who shared with me that they’d taken my criticism to heart and would be changing things for the upcoming season of The Bachelorette. True to their word, the highly intelligent, insightful and funny Rachel was chosen as the first person of color Bachelorette. I appeared on her season in a basketball segment to celebrate that milestone and to encourage the show to continue innovating.

Sadly, this last season of The Bachelor seemed like a quick DeLorean ride back in time: there was no way someone as conventional as Arie Luyendyk Jr., who clearly seeks the approval of those around him as his moral compass, would fall in love with a woman of color. After all, he proposed to the woman his parents suggested rather than the one he wanted. Although he praised Becca Kufrin for her confidence, the number of times he did so suggested that she was a bit too confident for him, too independent, and he scurried back to the sweet, quiet woman who struggled with confidence, Lauren Burnham. That’s the thing about pop culture, it can be a subtle reflection of the ever-changing mood of the people, or at least what the producers think that mood is. Rachel’s season showed a progressive embrace of diversity and feminism, while Arie’s season showed a retro, Trumpian longing for a Father Knows Best society.

Amy Kaufman, a journalist with the Los Angeles Times, is the perfect writer for Bachelor Nation. She’s charmingly open about her affection for the show, but also insightful about the harmful side-effects. And she’s diligent about pulling back the curtain to give us peeks at every aspect of the show, from the grueling selection process to what really happens in the Fantasy Suites. I can’t imagine any fan of the franchise not joyously devouring this book.

Perhaps the most entertaining parts of the book are the “Why I’m a Fan” inserts by various celebrities explaining their ambivalent relationship with the franchise. Comedian Nikki Glaser echoes a lot of their sentiments when she writes, “I’m not proud that I watch The Bachelor.” Amy Schumer, Allison Williams, Diablo Cody, Paul Scheer, Jason Ritter, Donnie Wahlberg and others also grapple with the contradictions of being feminists, or even having human empathy, with the harshness and humiliation in the shows. Even while extolling the pleasure they get, most of the celebrity fans attempt to justify their addiction as a step toward spiritual growth by broadening one’s perspective. But really, it’s more like checking toilet paper for blood. Besides, is becoming emotionally involved in a one-on-one date any less realistic than getting tearfully sentimental when Anna sings “Hello, Young Lovers” in The King and I?

Bachelor Nation was published just as Arie’s season was finishing, so Kaufman doesn’t address the fiasco of the finale that  opens in a new windowalienated many of even the most devoted fans and had critics wondering whether The Bachelorfranchise had run its course. At the core of the controversy is the infamous “unedited” breakup during which Arie arrives at the romantic getaway with fiancee Becca, only to inform her he’s dumping her to go back to Lauren, whom he had previously dumped. Okay, that’s bad, but no worse than other distasteful events on the shows — and not that unrealistic. What made this one particularly enraging, and called into question the producers’ basic decency, was the decision to keep filming after Becca tells Arie to go. Like a high school junior seeking absolution, he leaves, but keeps returning and following her around, pitilessly poking her open wound. This may not be sexual harassment, but it definitely appears to be emotional harassment encouraged by the producers. Go means, Go!

Worse was Chris Harrison’s campaign of damage control as the host tried to justify the show’s bad behavior. He didn’t seem to understand that what they did crossed a line that shredded the fantasy we were all willing to agree to — against our rational thinking — that the show’s ultimate goal was to give love a chance. But those scenes, and Chris Harrison’s unbridled glee in declaring this was “reality television history,” revealed a malevolence and disregard that shocked and embarrassed us. Instead of being on a romantic journey together, we had tossed one of our own into the gladiatorial arena to be devoured for our amusement. But we were not amused.

As every corrupt politician has learned, it’s not the crime that gets you, it’s the cover-up. Harrison asked the women contestants, all of whom are under contract with the show, if the footage should have been aired. Not surprisingly, they agreed it should have. Even less surprisingly, Becca agreed, for which she was rewarded by being chosen as  opens in a new windowthe next Bachelorette. Corporate ranks were closed, but the damage was done.

The only question now is: will the producers learn from their hubris, or do they think they’ve gotten away with something and it’s back to business as usual? The answer will be seen in the upcoming season of The Bachelorette, when the producers will have to grapple with something satirist Jonathan Swift said: “I never wonder to see men wicked, but I often wonder to see them not ashamed.”

Read more at opens in a new windowThe Hollywood Reporter.