Kareem Abdul-Jabbar on Bucks: “I see them going deep into the playoffs” 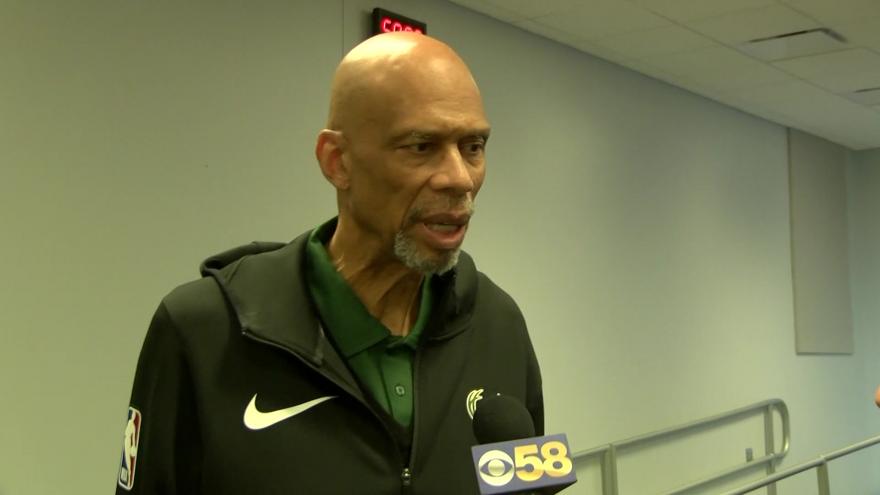 MILWAUKEE (CBS 58) – The man who led Milwaukee to its one and only NBA championship was in the house for Sunday’s playoff game.

CBS 58’s Scott Grodsky spoke with Kareem Abdul-Jabbar one on one.

“I see them going deep into the playoffs,” Abdul-Jabbar said. “I would not be surprised if they’re in the finals.”

“Giannis really has figured out a way to play the game that is very new. He gets it done,” he said. “This is all based on results, you have to win games. A 60 win season is evidence that this is a serious team and teams better take them seriously in the playoffs.”

When it comes to the fans, Abdul-Jabbar thinks they’re also ready for the title.

“I’m pretty happy for the fans here,” he said. “They’ve been waiting for this for a long time.”