Kareem Abdul-Jabbar: LeBron James Is Bigger Than the ‘GOAT’ Debate, He’s a Hero for Our Time 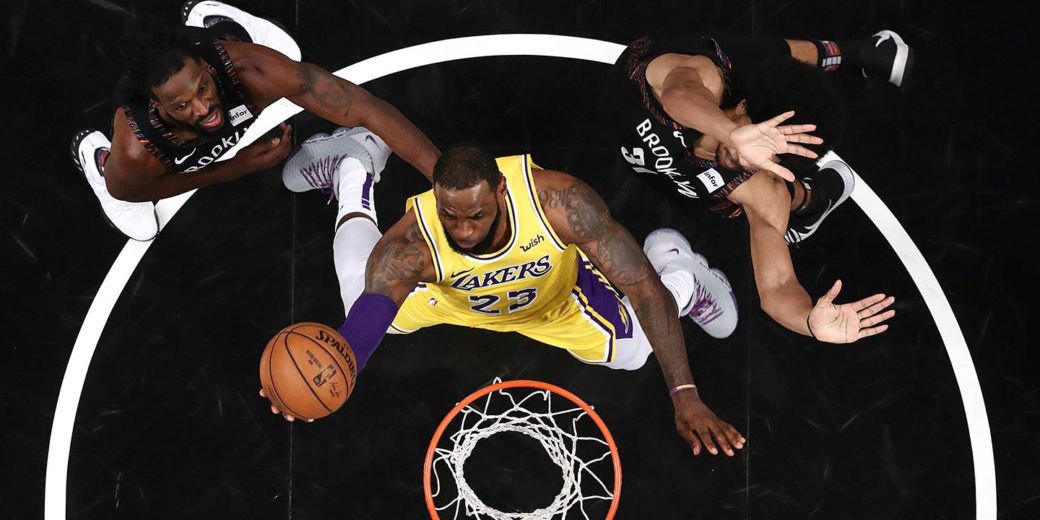 In Paul Simon’s “The Boy in the Bubble,” he sings, “It’s every generation throws a hero up the pop charts.” It’s both an observation and a lament about how each generational changing of the guard demands its own unique voice, coded language and defiant look. That need to rebelliously announce and define what’s news and cool while scornfully denouncing what’s old and uncool is as true in laundry detergents (New and Improved!) as it is in music, literature, politics—and sports.

Every age needs ageless heroes. But it’s important that we closely study our culture’s most prominent heroes because they reflect the trending values we are being asked to embrace while pointing to the future those values will lead us to. This generation’s most prominent basketball hero is LeBron James, and he clearly represents a bold new language.

LeBron isn’t the shiny new penny of sports. At 34, he’s no perky teen idol or sassy YouTube “influencer.” He’s a 16-year veteran of the NBA who’s played for the Cleveland Cavaliers (twice), the Miami Heat and the Los Angeles Lakers. He’s a husband, a dad, and, though he’s playing with the intensity of a man in the prime of his athletic and intellectual prowess, he’s not too many years from doing ads for joint-pain medication. His status as sports icon has been earned from years of grinding out victory after victory on a daily basis.

Why him when there are many great players out there? Steph Curry is paid more (his salary is $37 million versus LeBron’s $35 million), and last year Curry’s jersey was the top NBA seller. But LeBron has the most followers on social media, with 104.3 million (Curry has 42 million). Kevin Durant has higher three-point and free-throw percentages, but LeBron beats him in most other categories. Part of his statistical dominance is that he’s been playing longer than Curry and Durant. With time, they both may surpass him as players, but for now LeBron is considered by many to be the best in the NBA.

LeBron’s overwhelming career achievements include three NBA championships, four times NBA Most Valuable Player, 15 times NBA All-Star and many other awards and distinctions. But here’s another reason he’s considered the best: LeBron has been selected as the No. 1 NBA player by Sports Illustrated for six years in a row because of his remarkable consistency. He’s proved himself to be steadfastly effective no matter where he plays, who he plays with or what his age is. Some years, he has single-handedly dragged less experienced and less talented teammates into the playoffs. His consistency is illustrated by his stats from the 2012–2013 season, which are very similar to those of the 2017–2018 season. For a player in his 20s, that wouldn’t be noteworthy, but when comparing a 28-year-old with a 34-year-old, it’s not only impressive, it’s inspiring.