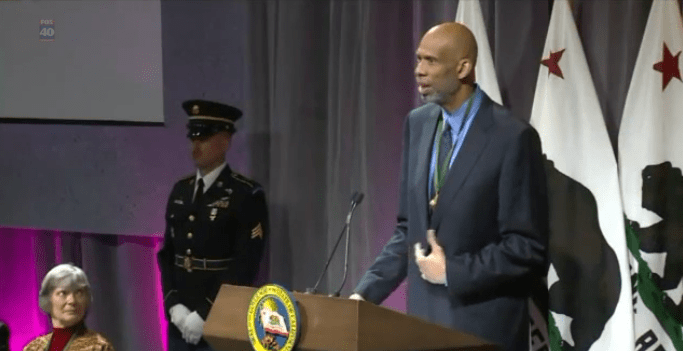 Crowds lined the sidewalks outside Sacramento’s California Museum Wednesday evening to see this year’s California Hall of Fame inductees walk the red carpet prior to the award ceremony which took place inside the museum.

“The more Hollywood in Sacramento the better,” quipped Governor Jerry Brown in a conversation with media. “In fact, we probably need a little Sacramento in Hollywood.”

The 8th annual class of inductees is made up of some instantly recognizable icons, and others who are lesser known but have made giant contributions.

Mimi Silbert was honored for her work as head of the Delancey Street Foundation which helps addicts, prostitutes and ex-convicts turn their lives around.

“And they who have dreams that no one understood have made this whole thing happen,” Silbert told FOX40.

Late scientist Stephen Schneider was honored for his contributions to the field of climatology.

“And he started in 1972 telling people we had to worry about climate change,” explained Schneider’s widow, Dr. Terry Root, on the red carpet. “And it’s because of him that I think we’re going to do something sooner than we would have if he hadn’t started.”

Basketball great, author, broadcaster and activist Kareem Abdul-Jabbar is no stranger to awards. But earning a permanent place in this California Hall of Fame class is something he will treasure.

“I’ve been a California resident now so long,” said Abdul-Jabbar. “And it’s nice to be recognized and honored like this.”