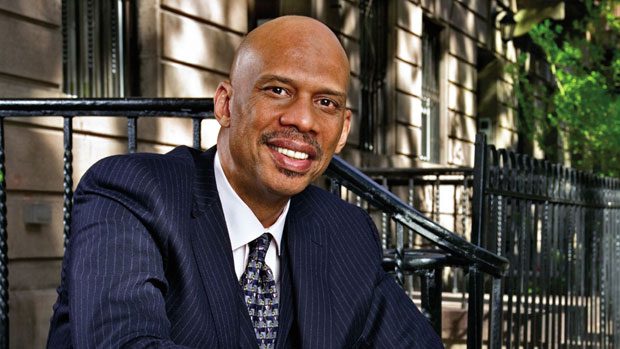 Abdul-Jabbar’s week-long visit will feature a series of health and fitness events aimed at combating the prevalence of diabetes in the UAE . Image Credit: Courtesy: Organiser

Dubai: He scored 38,387 points during his NBA career — more than Michael Jordan, more than Kobe Bryant, more than anyone.

Legendary centre Kareem Abdul Jabbar is the highest scorer in the history of US professional basketball for a number of reasons. Of course, being very, very good at the sport is the most important of those reasons. Standing 7ft 2in doesn’t hurt either.

The former LA Lakers star dominated the NBA until the age of 42. He played 1,560 regular-season games over 20 seasons, rarely missing games through injury. And you don’t do that without being in peak physical fitness.

Abdul Jabbar is now in the UAE to speak at the Take a Step for Diabetes Week at the Imperial College London Diabetes Centre in Abu Dhabi.

Ask him how he managed to stay on the court and avoid serious injury throughout his career and he will tell you it was down to a dedicated fitness regimen that included eating a balanced diet and, famously, practising yoga.

It’s a lifestyle that he maintained into his retirement — and it shows. Abdul Jabbar is now 67 but could pass for 50.

“I was asked by the organisers to come over and become involved because they thought I might have some credibility there as a successful athlete,” Abdul Jabbar told Gulf News. “As I retired, I managed to maintain my health.

“Diabetes has become a problem in the UAE. We are going to try to encourage people to live a healthy lifestyle and eat in a healthy way.”

Abdul Jabbar was born Ferdinand Lewis Alcindor in New York City in 1947. He adopted his famous name after converting to Islam in 1971.

The six-time NBA champion played at least 76 of the NBA’s rigorous 82-game schedule in every season but two — the first after sustaining an eye scratch, which resulted in him adopting his trademark protective goggles, and the second when he broke his hand during an on-court fight with an opponent.

“I think some of the things that I have been doing — eating a balanced diet, staying active, being involved in exercise and maintaining a health lifestyle — give you benefit for your health for your whole life,” Abdul Jabbar said.

“Really you just try to promote a common sense approach. All of us enjoy the good things in life but we can over-indulge in the good things. Food is something like that — it’s wonderful, but too much of a good thing can be detrimental.

“Yoga really helped me and, since I have retired, having that knowledge has helped me to maintain my health.

“We need to get that message across and the idea out about exercise. Exercise burns off the excess calories and builds muscle. Those things are good for you for your whole life. We just have to educate people about the best way to live.”