Kareem Abdul-Jabbar: How ‘The Bachelor’ Went Off the Tracks Dealing With Racism 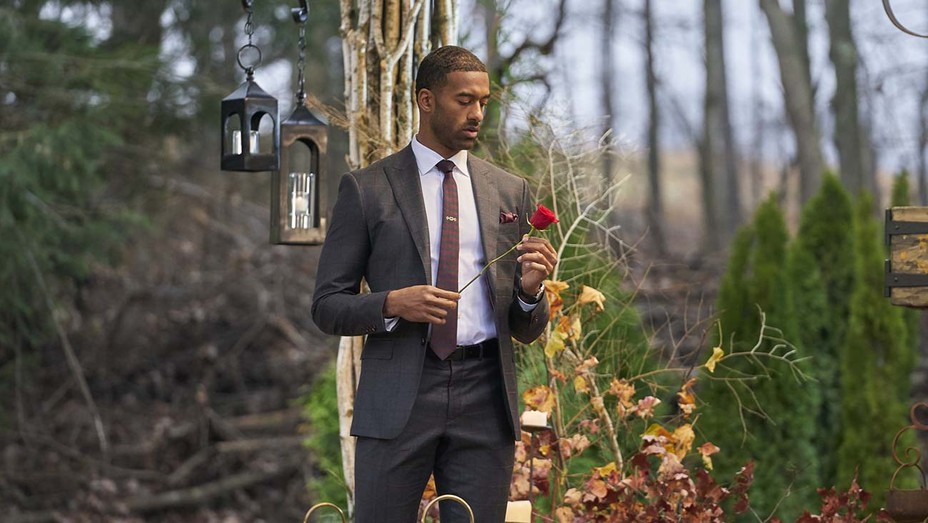 A season meant to be historic with the first-ever Black Bachelor instead highlighted the need to “remain vigilant to the clueless enablers who allow racism to thrive,” writes The Hollywood Reporter’s columnist.

A few years ago, I got an excited call from the producers of The Bachelor. I had just written a column about the pseudo-diversity in The Bachelor and The Bachelorette franchise, shows I openly admitted to enjoying. While acknowledging they included people of color as part of the potential love connections, I lamented that they had never had a Black Bachelor or Bachelorette. I also noted that the Black contestants that were part of the dating group were more like diversity props rather than serious contenders. They were kept around for a few rounds to virtue signal but were never in serious contention for the diamond ring. The producers had read opens in a new windowmy article and called to tell me that I would be very pleased at their next Bachelorette, Rachel Lindsay, the African American attorney who had been eliminated on The Bachelor season running at the time.

They were right: I was pleased. Rachel was smart, witty, articulate, and more emotionally mature than most of the other contestants — male or female — that had ever been on any show in the history of the Bachelor Nation franchise. I was so pleased that I agreed to make opens in a new windowa guest appearance on her season conducting a basketball challenge with her suitors. I hoped that would help promote her season and encourage more people of color taking the lead in future seasons. That’s exactly what happened when Matt James became the first Black Bachelor — opens in a new windowa mere four years later. And only after Lindsay threatened to remove herself from the franchise and after a petition signed by 160,000 people demanding a Black Bachelor presented after last summer’s national Black Lives Matter movement. Tayshia Adams, who identifies as biracial, did replace Clare Crawley as the Bachelorette in 2020, but still, that’s not much of a commitment to diversity. Also, where is the Asian American Bachelor or Bachelorette?

This season, the ticking time-bomb of systemic racism finally opens in a new windowexploded, forcing the perennial host and chummy father-figure Chris Harrison to remove himself from future shows and resulting in Bachelor star James to split from his final romantic choice, Rachael Kirkconnell. There seems to be a lot of white people who don’t understand what the big deal is, how misguided behavior from the past could spark such heated controversy. These confused people who can’t see the underlying racism or the harm it causes are like people who walk into a fancy hotel room and marvel at its beauty. Until someone shuts off the gold candelabra and flips on the CSI blue light, illuminating the heretofore invisible splattered blood of the crime scene. Racism is invisible if you only stare at the gold candelabra and refuse to look around the room.

The first thing we have to do at the crime scene of The Bachelor is separate the suspects, because their crimes are not all the same. First, the show’s producers bear the responsibility of being slow to make the substantial changes that have been publicly called for over the past few years. It shouldn’t take a national protest movement, an outraged petition and a frustrated former contestant opens in a new windowto spur change, because that conveys the message that the changes made weren’t out of conscience but because they were forced. Grudging change isn’t really support for the principles behind it. Also, their inability to thoroughly vet contestants with a history of questionable behavior makes it appear that they don’t find these past indiscretions problematic. Especially since there have been opens in a new windowother contestants with opens in a new windowsimilar issues regarding racial insensitivity.

Kirkconnell was opens in a new windowcriticized for attending an antebellum plantation-themed fraternity party in 2018 when she was 21 years old, for liking Trump-supporting posts and for posting QAnon conspiracy theories. She was also accused of bullying high school classmates for dating Black men. She has since issued what appears to be a thoughtful and sincere opens in a new windowapology lamenting her ignorance that what she was doing was racist. It’s difficult to accept the ignorance defense when the issue of racism, its many forms in society, and its tremendous toll on people of color and the country itself, have been blaring in the news and heralded in literature, movies, TV shows and popular music for most of her life. And especially the last five years. It’s not just passive ignorance but, as Emmanuel Acho, who opens in a new windowreplaced Harrison as host of The Bachelor: After the Final Rose, defined prejudice, “a willful commitment to ignorance.” That’s not innocence, it’s criminal neglect. And yet, she may be the least guilty among the three.

Chris Harrison’s casual and petulant opens in a new windowdismissal of criticism of Kirkconnell in essence blamed the victims of a crime for being angry at the criminal. Especially disturbing was his derogatory reference to the “woke police” who dared to bring these issues to the public. The problem was his failure to understand that the bigger picture. He wanted to defend Kirkconnell’s youthful indiscretions by claiming those were different times, as if she had done them in 1958 instead of 2018.

All three of their actions embrace what I refer to as wallpaper racism. For those it doesn’t directly affect, racism is like old, faded wallpaper that’s been around so long they no longer notice it exists. Wallpaper racism isn’t people shouting the N-word at Black children or calling the police on a Black man walking his dog; it’s being a support system for others to feel entitled to do that. These are racism enablers who by denying racism exists or refusing to see how their actions encourage the systemic racism that suppresses Black voters, gives Black people inferior medical and educational services, and blocks their career opportunities. The woke police that Harrison dismissed are shining the blue light on the crime scene, they’re clawing at the wallpaper with the swastika patterns embedded in velvet, and they’re demanding we quit making excuses for bad behavior. For me, I’m wondering why the default setting of many white people is to make excuses in the first place.

This isn’t about forgiveness. Certainly, Kirkconnell and Harrison should be forgiven for their mistakes after having publicly acknowledged them and making earnest amends. No need for excessive shunning or public pillorying. But that doesn’t mean we shouldn’t continue to remain vigilant to the clueless enablers who allow racism to thrive.

Kareem Abdul-Jabbar, an NBA Hall of Famer and the league’s all-time leading scorer, is a recipient of the Presidential Medal of Freedom and a columnist for The Hollywood Reporter. Follow him  opens in a new window@KAJ33.