Kareem Abdul-Jabbar: How Misbehaving Stars Use Their Kids as Brand-Enhancing Props 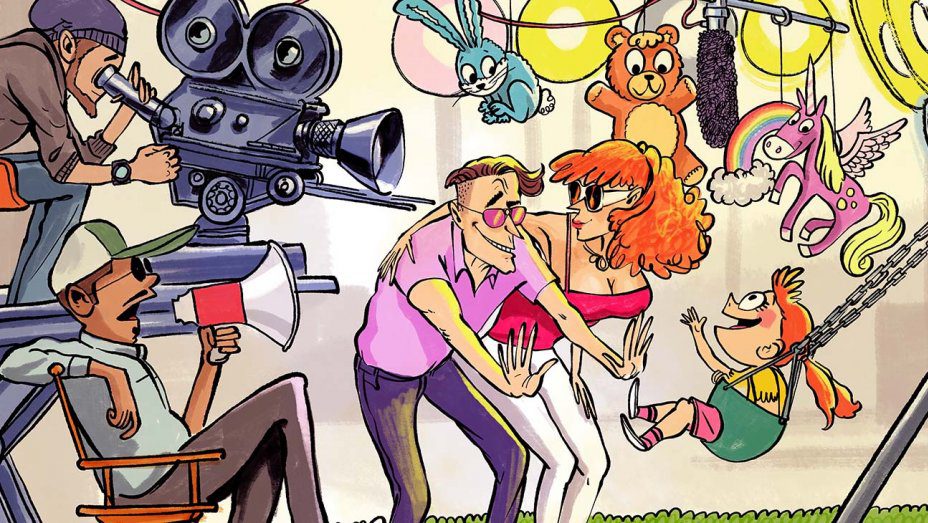 When the famous bribe their kids into college or parade them on TV they are really using the façade of a perfect family to burnish their own image and justify their own bad behavior.

We’ve all seen horrendous news reports of desperate parents leaping into a roiling ocean to save their drowning children — only to also drown. Most parents understand that thrumming visceral impulse to do anything, to pay any price, to help their children. Many Americans come from self-sacrificing parents or grandparents who undertook perilous voyages to come to this country, only to work and live in humiliating poverty so that their children could go to college and have the best life possible. But the recent scandal of celebrities like Felicity Huffman (who pled guilty and is facing 4-10 months in prison) and the super-wealthy bribing their kids’ entry into top colleges isn’t about helping their children have a better life — the privileged life they already have is pretty damn good — it’s more about parents purchasing the façade of having a perfect family, an attempt to prove to the world that they have not neglected their children in their own ambitious drive to be successful. College cheating is only one example of how some celebrities — whether in film, business, or politics — use their children as loveable props to enhance their brand and to justify consistently bad behavior.

This kind of public-relations parenting is especially obvious in many reality shows. When a parent has acted particularly heinously and underhandedly with other castmembers, the show likes to cut to a touching scene of the culprit playing with or cooking a meal for their precocious children to prove to the audience that they are actually good everyday people. Some interactions are truly touching and authentic, such as when The Real Housewives of Beverly Hills’ Kyle Richards’ family took her daughter across the country to college. But other parent/child interactions are as phony as the infamous video of Ted Cruz trying get his children to act loving toward him and failing. These intimate scenes lose a little sentimental luster when we realize the parents also have two nannies and a full-time cook. This doesn’t mean that these parents staging their children are bad parents, just bad people for using them in such a manipulative way.

While there seems to be a difference between reality shows and real-life wealthy politicians and business people, it isn’t as great as you might think. Reality show producers may edit shows to shape the narrative, but the cast then takes to social media to massage or amplify the message: Behold, I’m a great parent. This is no different than Kentucky Gov. Matt Bevin (R) defying his own state’s mandatory vaccination law by deliberately exposing his nine children to chicken pox, then going to the media to brag about it. His children became props in his political brand. It’s like car salespeople who decorate their office with multiple photos of their wholesome family at barbecues, at Little League and splashing happily in their pool so we will find them more trustworthy as they upsell us on undercoating and mag wheels. The indignant proclamation that “I would do anything for my children!” becomes less convincing when we realize there’s the unspoken caveat of “unless it affects my image.”

Being a good parent doesn’t excuse bad behavior. When a person lies, backstabs, spreads rumors and verbally or physically attacks those they call friends, that’s the real parenting lesson going on because now they are establishing role models for their children and, because millions are watching, for other children. And all the child-hugging and tearing up when discussing them and buying them expensive cars does not wash away the ground-in stench of Mom or Dad smirking while throwing public shade at a “friend.” They embrace the mantra of reality show villains, “It’s not enough that I succeed, all my friends must also fail.”

What makes being a parent so hard is it’s filled with inevitable mistakes and a long list of hindsight regrets. But if those mistakes and regrets are made in the best interest of the child rather than for the financial benefit of the parent, they are easier to accept. Some reality show parents are so obsessed with self-promotion that they parade their children like products on QVC. Oddly, the main feature they coo over is their children’s model-ready looks, not their intelligence. For them, educating their children is not a priority, a top-shelf diploma is. Most of the children being used are too young to judge the long-term damage to themselves and to their relationship with their parents. Kids generally love their parents no matter what they do, no matter how many millions they’ve embezzled, whose health care they’re trying to take away, whose reputations they’ve destroyed.

Parents who bribed their children’s admission into colleges and universities have not substantially improved the potential futures of those children (and they’ve robbed a more deserving person of theirs). It doesn’t matter whether their child attends Yale, USC or Stanford versus community college or a state college. The children already have money and, undoubtedly, those same parents will also influence the jobs those kids will eventually get, if any. They are buying a prestigious alma mater for themselves and their undeserving children — while teaching their children the invaluable lesson that the rich get whatever they want because they deserve it. Everyone else can suck it. Like Bob Dylan sang, “Money doesn’t talk, it swears.”

Full article on opens in a new windowHollywoodReporter.com