Kareem Abdul-Jabbar: Fox News, Tiffany Haddish and Why Not All Free Speech Is Equal — or Healthy 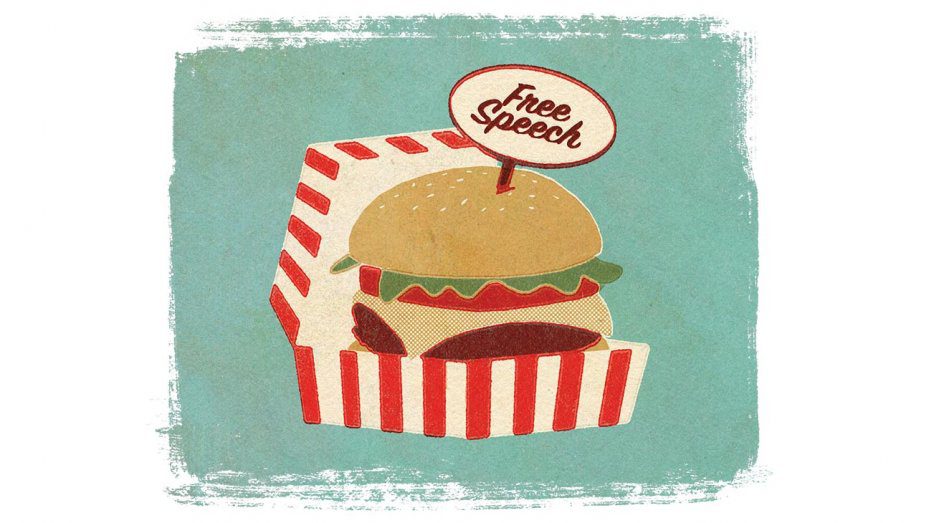 From NFL players kneeling in protest to outrage over Fox News’ Jeanine Pirro and Tucker Carlson, the “freedom of speech” argument has been deployed by many agendas in the Trump age.

In December, Tiffany Haddish posted a chipper Instagram video of herself wearing a fox fur vest while explaining, “I’m going to wear fur every day until they stop killing black people. When the police stop killing black people, I’ll stop wearing fur. It’s my new protest. So sorry PETA, don’t be mad at me, be mad at the police.” The post drew both support and ire in the name of “free speech.”

In recent weeks, the meaning and limits of free speech have been challenged on the sports field, in Hollywood and in the halls of government. The NFL settled the lawsuit that alleged collusion in suppressing Colin Kaepernick’s and Eric Reid’s right to kneel during the national anthem. Rep. Ilhan Omar (D-Minn.) questioned the extent of the U.S.’ allegiance to Israel and was threatened with House censure. The Democratic National Committee is refusing to allow Trump-loving Fox News to host primary debates. And on March 21, Trump signed an executive order he claims will protect free speech on college campuses and allow more conservatives to be heard. While all this free speech brouhaha might indicate a robust discussion and exercise of the First Amendment, not all free speech is created equal, and not being able to judge the difference can cause great harm to America.

The DNC refusal to allow Fox to host a presidential debate is based on Fox’s lack of integrity. A 2018 Knight Foundation and Gallup poll found the network tied with Breitbart as the most biased source of news. It is also fair to sideline the organization that supports malicious hate speech. On March 9,  opens in a new windowJeanine Pirro opened her Fox show attacking Omar, a Muslim: “Is her adherence to this Islamic doctrine indicative of her adherence to Sharia law, which in itself is antithetical to the United States Constitution?” Fox’s  opens in a new windowTucker Carlson fares no better. In the tapes recently released of Carlson’s rants from 2006 to 2011 on Bubba the Love Sponge, he expressed his beliefs that Iraq is filled with “semiliterate primitive monkeys” and women are “like dogs.” Therefore, when the DNC bans Fox, it’s not restricting free speech, it’s refusing to legitimize a dysfunctional network that promotes disinformation and fear that verge on hate crime.

Trump’s executive order, which cuts off federal research grants to institutions that don’t “avoid creating environments that stifle competing perspectives,” has the stated goal of ensuring more diverse voices have equal access. But everything he said to justify that stance was inaccurate: Conservative Hayden Williams, who Trump said took a punch in the face “for all of us,” wasn’t a student at UC Berkeley, where the incident occurred. Neither was the attacker. Moreover, Williams, said a Berkeley spokesperson, “had every right to be on campus.” Berkeley spent $4 million in 2018 in support of controversial speakers. So, Trump’s executive order wouldn’t have affected the very case he cited. But it will interfere with educators who are best equipped to address this issue. In the end, the executive order does more harm than good to free speech by threatening to withhold crucial funding unless government-approved speech is promoted.

Full article at opens in a new windowTheHollywoodReporter.com