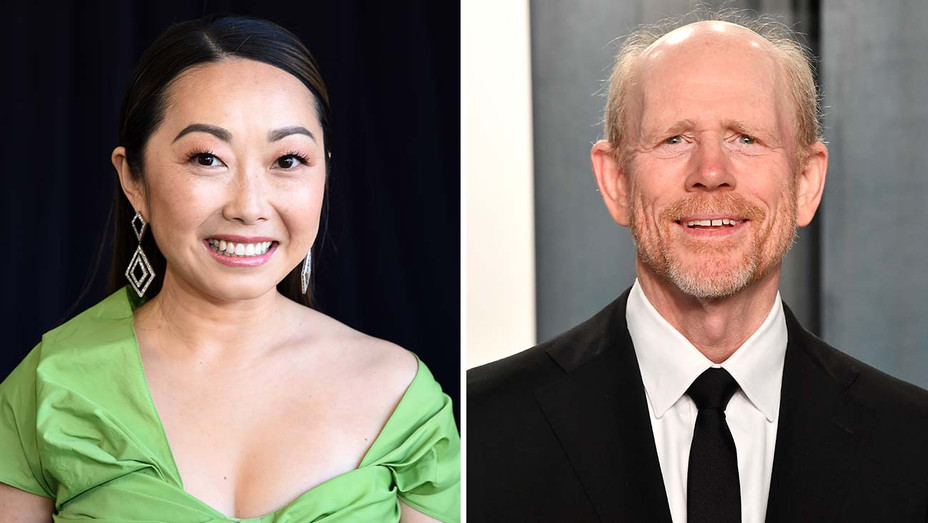 The Hollywood Reporter columnist disagrees with director Lulu Wang’s assertion that only a Chinese director should tell the story of classical pianist Lang Lang: “The key for any artist is to find the common humanity we all share.”

When it was recently  opens in a new windowannounced that Ron Howard would direct a biopic of Chinese classical pianist Lang Lang, director Lulu Wang (The Farewell) was among those who voiced an objection. She  opens in a new windowtweeted: “As a classically-trained pianist born in China, I believe it’s impossible to tell Lang Lang’s story without an intimate understanding of Chinese culture + the impact of the Cultural Revolution on artists & intellectuals + the effects of Western imperialism. Just saying.” But what exactly is Wang “just saying”? That only those artists with the same specific ethnic and cultural history as the subject can tell another’s story? That would be a harsh restriction, in effect censoring the stories artists have a passion to tell by assuming they don’t have the talent, empathy or imagination to think outside their own personal experiences.

The dispute over which stories we tell is a complicated political and cultural Gordian knot consisting of three intertwined issues: Who should tell our stories? How do we include more diverse voices in our storytelling? Who do we ethically do business with?

The last question is difficult because geopolitics is such an intricate labyrinth that it’s difficult to emerge from any transaction feeling morally pristine. Complaints about the making of Disney’s live-action Mulan are mostly focused around political concerns, including filming in northwestern Xinjiang, the site of mass detention of Uighur Muslims and other native ethnic people, and then thanking the agencies responsible in the credits. There was also the film’s star, Liu Yifei, openly siding with the Hong Kong police during last year’s pro-democracy  opens in a new windowdemonstrations. Despite Disney’s insistence that it employed scholars, historians and Chinese producers in order to be as accurate and respectful to the culture as possible, and praise for its representation of Asians in a major film and it being directed by a woman (Niki Caro), there has been criticism that it misses the point of the original legend by simplifying the themes to trite clichés. But that’s not a new criticism for Disney, nor any other film studio trying to appeal to the broadest range of demographics.

China is a totalitarian government that represses all its people. As the loudest proclaimers of moral indignation over anything not democratic, Americans should have nothing to do with the regime. But that’s not realistic given the intimacy of world economies. China invests billions of dollars every year in the U.S. and undoubtedly something you bought in the last week was made in China in whole or in part. China and Russia are both relentlessly trying to undermine our democratic elections to influence who becomes president. In retaliation, should The Amazing Race stay out of China and Russia? Should we ban travel to or from them? The list of countries with policies that we consider egregious is long and growing, so it seems slightly hypocritical to single out Disney when Apple, Boeing, Caterpillar, General Motors, Starbucks, Nike and Ford do a tremendous amount of business there. Every dollar American consumers contribute to the Chinese government through our purchase of Air Jordans, iPhones, cars or pumpkin spice lattes in part supports their repression of civil rights and their detention camps. No one’s hands are clean.

The debate about who has the right to tell the stories of marginalized people sometimes gets mingled with how we include more diverse voices in storytelling. Though adjacent, they aren’t the same. One criticism that Hollywood has rightly faced is its reluctance to vigorously include diverse people in the total spectrum of filmmaking. That means it’s not enough to put a Black, gay, female or Latinx person in front of the camera for all the world to admire Hollywood’s commitment to inclusivity, they must also give opportunities behind the camera so the world can share underrepresented perspectives — and so the marginalized have the economic opportunities in Hollywood that they been traditionally denied.

As to who has the right to tell which stories, this is complicated by the fact that white writers have had control of telling ethnic and gender identity stories for so long, that naturally people want the opportunity to dispel the damaging stereotypes and tell their own stories. But this does not exclude anyone with the artistic curiosity and talent to write beyond the confines of their own experiences and upbringing.

In 1983, the novel Famous All Over Town by Danny Santiago — about a Mexican-American family in East Los Angeles — was published. The critically acclaimed book won awards, and the novel’s young protagonist was considered a role model among Latinx youth. Everyone was shocked to discover that the book was not written by a local Latinx writer, but by Daniel James, an elderly screenwriter and Yale graduate who had based his novel on the twenty years he and his wife had spent as volunteer workers in the barrio. His passion and talent produced a novel that had a positive impact of the community he did not grow up in but had empathy for and insights about.

When Clint Eastwood directed and produced Bird, a 1988 biopic about jazz saxophonist Charlie “Bird” Parker, he brought his personal enthusiasm as a jazz pianist to making a film that probably would not have been made without him. And “Strange Fruit,” the song about lynching that Billie Holiday made famous, became a defiant anthem in the Black community, and was named by Time magazine in 1999 as the Song of the Century, was written by a white Jewish high-school teacher, Abel Meeropol. Some critics argue that its popularity was due in part to the fact that many thought Billie Holiday had written it. I’ve written a series of novels about Mycroft Holmes, Sherlock’s smarter brother, because I have loved Sir Arthur Conan Doyle’s stories since I was a child. But one might ask what a black, Muslim, ex-basketball player raised in the projects in New York City knows about a white 19th century British man. I know what it’s like to have a fervid passion for justice, which is the heart of my character. Everything else is imagination and research. And I’m grateful that readers have embraced the authenticity of my interpretation.

I loved Lulu Wang’s The Farewell, one of my favorite films of the year. It was a story based on her own experiences, so no one but her could have told the story with such wit, charm and depth. But that same standard does not hold true for all stories. The key for any artist is to find the common humanity we all share and not be ghettoized into only telling stories of our cultural upbringing. If Ryan Coogler has a passion to direct a biopic about Albert Einstein or Andy Warhol, let him.

This story first appeared on The Hollywood Reporter.  opens in a new windowClick here to view.