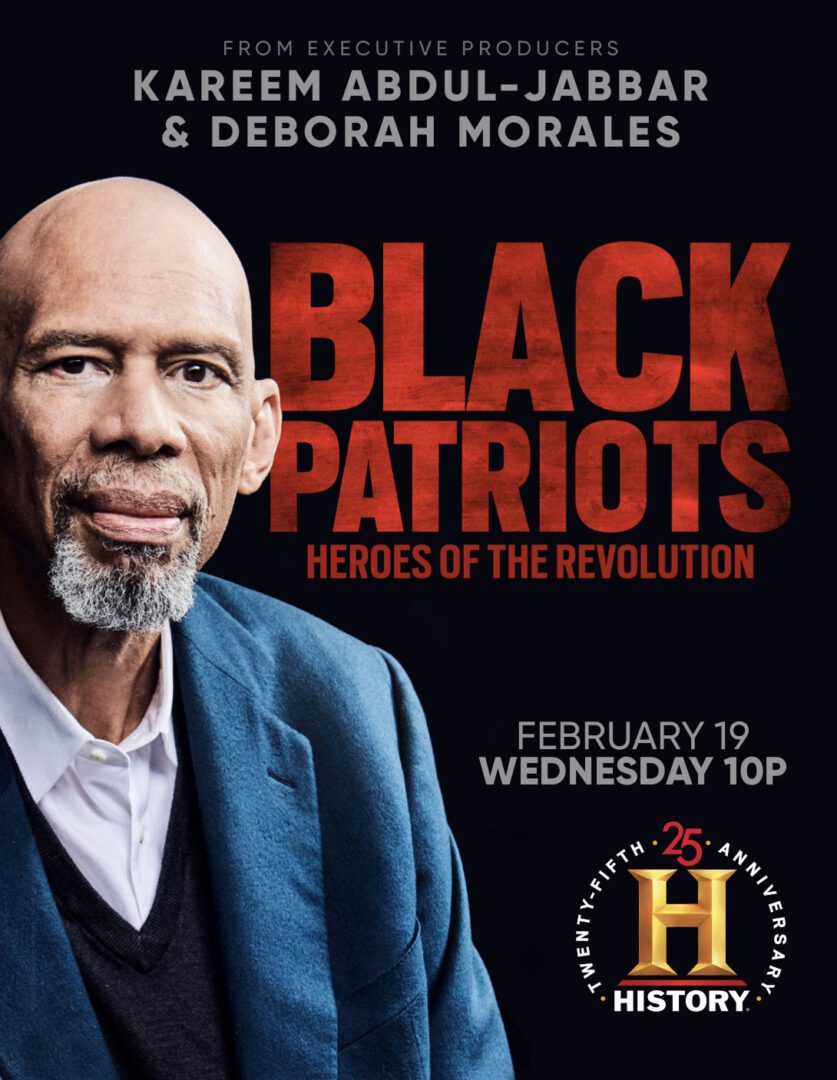 The one-hour documentary is set to air Feb. 19.

Titled Black Patriots, the documentary will paint “a comprehensive picture of the African-American experience during the Revolutionary War,” according to the cabler. Further, it will look at the story of the war within the revolution through the lens of “some of the most crucial and significant African-American figures of our country’s foundation including Crispus Attucks, Peter Salem, Phillis Wheatley and James Armistead Lafayette.”

“Since retiring from the NBA, I’ve been writing books and articles to bring awareness to the public of the many overlooked African Americans in history who have contributed so much to American society,” Abdul-Jabbar said in a statement. Black Patriots chronicles the surprising, crucial, and often ignored role the black people played in the creation of our country.”

He added, “Here’s something we never learned in school: George Washington said that African-Americans were pivotal to winning the Revolutionary War. From soldiers to spies to poets, black people were as much the founders of America as those who signed the Declaration of Independence.”

The project, produced by Abdul-Jabbar and Deborah Morales, is set to air Wednesday, Feb. 19, at 10 p.m. ET/PT.