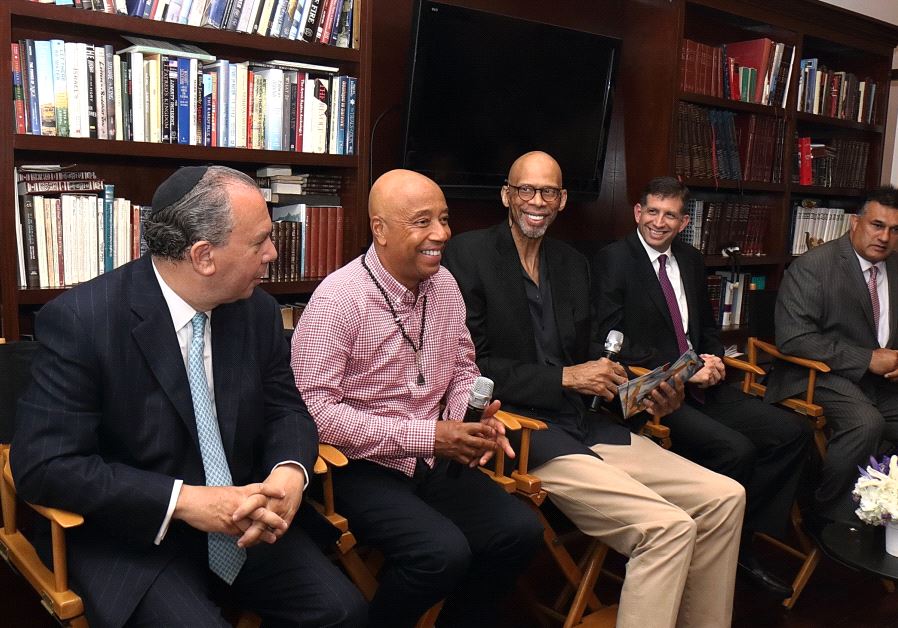 “Those who pit us against each other do so, not out of spiritual beliefs, but rather for their own political and financial enrichment,” said Kareem Abdul-Jabbar.

Basketball legend Kareem Abdul-Jabbar celebrated Ramadan with the Israeli Consul General Sam Grundwerg on Thursday. Grundwerg hosted an Iftar dinner, or the meal eaten at sundown during the opens in a new windowRamadan period of fasting observed by Muslims.

The event, which took place at Gundwerg’s official residence in Los Angeles, was co-hosted with the Foundation for Ethnic Understanding (FFEU), and guests included leaders from the Muslim and Jewish communities. It was an evening of food, culture and dialogue that was “inspired by Ramadan’s spirit of family, community, giving, and sharing,” according to an official statement.

“The core values of the Jewish, Christian and Muslim faiths are the same: compassion, tolerance and helping those in need,” said Abdul-Jabbar, the event’s special guest. Abdul-Jabbar’s twenty year career as an NBA center included time as a Milwaukee Buck and an LA Laker, and he was named league MVP six times. He converted to Islam in 1971 at the age of 24.

“Those who pit us against each other do so, not out of spiritual beliefs, but rather for their own political and financial enrichment,” he remarked. “That’s why we faithful must take every opportunity to come together to share our message of inclusion with those who sincerely seek a peaceful and prosperous world.”

Grundwerg concurred. “Tonight’s event allowed us to rejoice in the similarities that connect us as well as the differences that make our community beautifully diverse,” he said. “This gathering demonstrates that people of good will from diverse religions and cultures can indeed celebrate together and, ultimately, live together in harmony and mutual respect and understanding.”

The Consulate General of Israel in Los Angeles is one of Israel’s largest diplomatic missions worldwide, and represents Israel to the entire southwest region of the United States.