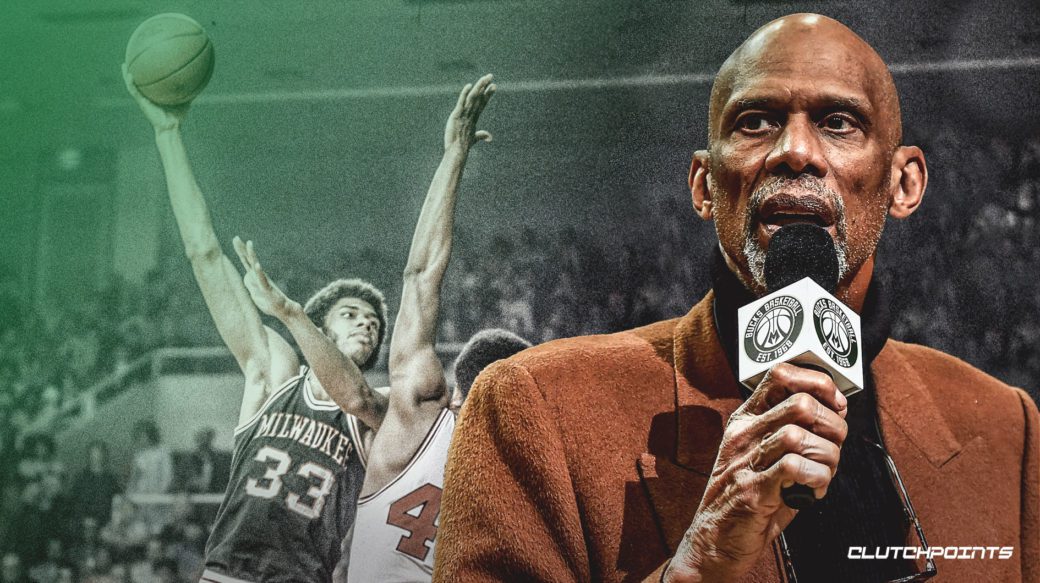 The  opens in a new windowMilwaukee Bucks won 60 games in the just-completed NBA regular season, their highest total since 1980-81. To celebrate Milwaukee’s historic achievement before the beginning of its first-round playoff series against the  opens in a new windowDetroit Pistons, the Bucks paid homage to a franchise legend: Kareem Abdul-Jabbar.
The man formerly named Lew Alcindor was in attendance for Game 1 on Sunday evening. Kareem received a standing ovation when he was presented on the jumbotron. His cameo was met with more cheers when Milwaukee’s mascot brought over the 1971 championship trophy, which Abdul-Jabbar promptly lifted over his head: (see video in original post. link below.)

Kareem Abdul-Jabbar, who is still the NBA’s all-time leading scorer, was taken first by the Bucks in the 1969 NBA Draft after Milwaukee won a coin flip with the  opens in a new windowPhoenix Suns for that No. 1 selection. Abdul-Jabbar immediately became the best player in the league. He captured the league’s MVP award for the 1970-71 season, averaging 31.7 points and 16.0 rebounds while leading the Bucks to their first — and still only — championship.

In all, Kareem played six seasons with the Bucks, averaging 30.4 points and 15.3 rebounds while becoming the best center in the league and arguably the best NBA player of the 1970s.

Fast forward to 2019. Another MVP candidate has Milwaukee’s championship hopes strapped to his broad shoulders.  opens in a new windowGiannis Antetokounmpo had one of the most historic seasons in NBA annals, averaging 27.7 points, 12.5 rebounds and 5.9 assists while leading the league with a 30.9 PER and finishing second in defensive rating, among all qualifiers.

Like Abdul-Jabbar before him, Giannis has emerged as one of the more soft-spoken superstars in the league, but has not been afraid to speak about his his desire to be one of the greatest players in league history.